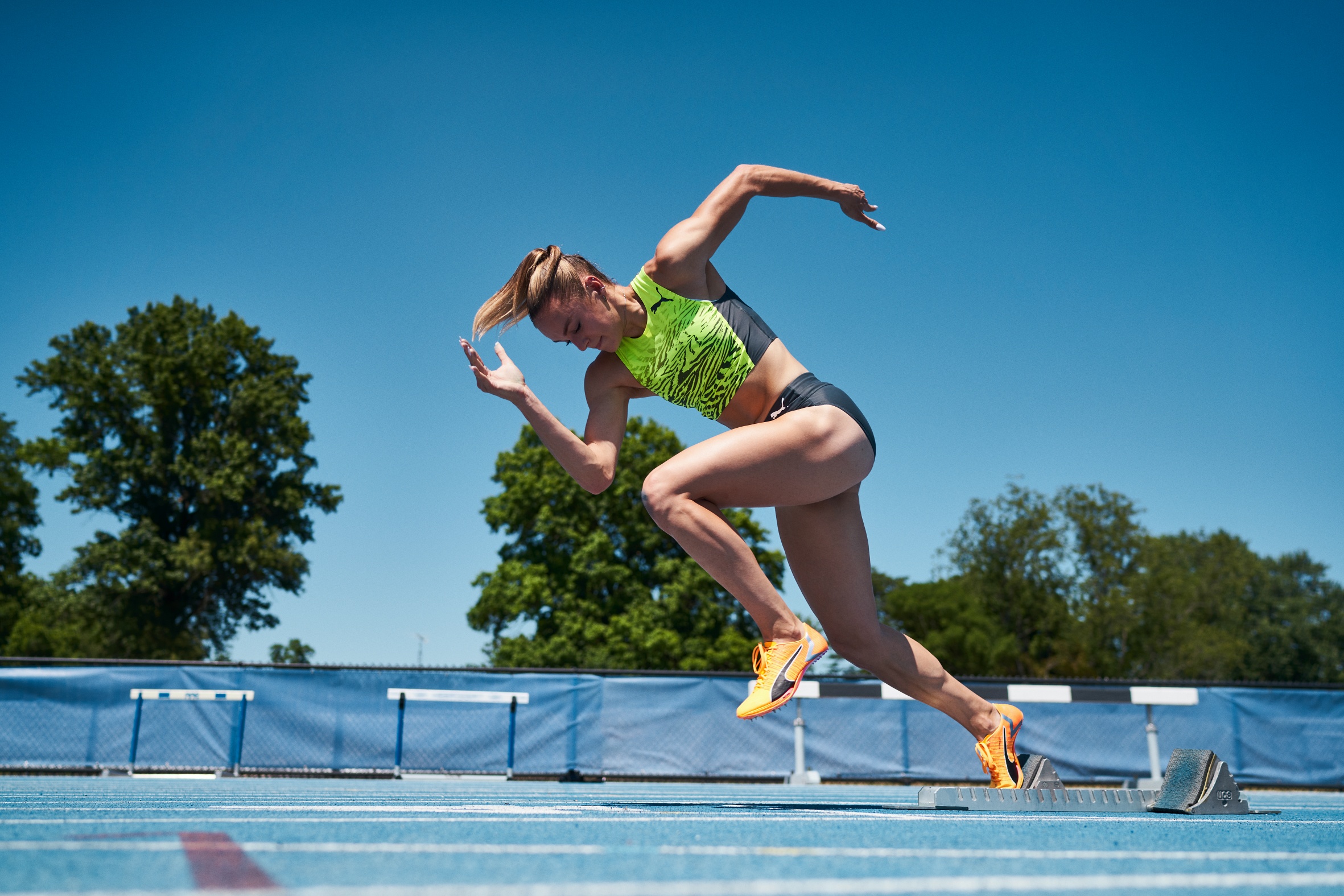 Global sports brand PUMA has signed 22-year-old US-American track and field athlete Abby Steiner. The rising star’s victory in the women’s 200-metre final of the US Outdoor Championships in 21.77 seconds made her the second-fastest woman in the world over this distance up till that point in 2022, and this week she made it through to the 200m final at the World Athletic Championships in Eugene, going on to finish fifth with a time of 22.26 in her first appearance in a world final.

In 2018, Steiner was named her nation’s best high school female athlete, having excelled both in athletics and soccer. That year she began studying at the University of Kentucky (UK) on a dual-sport scholarship, but after tearing her knee ligaments on the soccer field, she decided to focus on the track, and Steiner cites this decision as a key to her track development: “Before, with soccer, I’d be training soccer in the fall, then I would come to track. I think really allowing myself to dive fully into the process of the periodisation of training that we do, so fall training and then going into indoor and outdoor seasons, it’s all really important in developing speed and getting to where you want to be.”

Eyes on the Prize

Since focusing solely on the track, Steiner has quickly developed into a world-class athlete. She won the 2021 NCAA Division 1 Indoor Championship 200m title with a meeting record 22.38. Then in 2022, she completed a full sweep of medals at the next installment of the NCAA Indoor Champs, taking gold in the 200m (with a meeting record 22.16), silver in the 60m (with a PB 7.10), and bronze in 4x400m relay.

Earlier this year, Steiner was named the National Women’s Track Athlete of the Year and the 2022 Honda Sport Award winner for Track & Field, presented annually to the most outstanding women’s college athlete in each of 12 NCAA Division 1 women’s sports. Therefore, PUMA is thrilled to announce that she has signed to run in the company’s shoes and apparel. “Abby Steiner is one of the most exciting upcoming stars in Track and Field,” said Pascal Rolling, Head of Running Sports Marketing at PUMA. “We believe that she will have a brilliant career, and we want to be by her side and support her.”

Steiner graduated with a bachelor’s degree in kinesiology and exercise science in May 2022, and has been accepted to the UK’s physical therapy programme, but has decided to defer her enrolment in order to concentrate on her professional track career, and she is understandably happy to land a lucrative sponsorship deal with a sport brand so prominent and involved in track and field. “PUMA’s list of high-performance athletes is impressive and being one of them just feels amazing,” says Steiner. “I am very happy to be part of the PUMA family now, and I can’t wait to take off.”