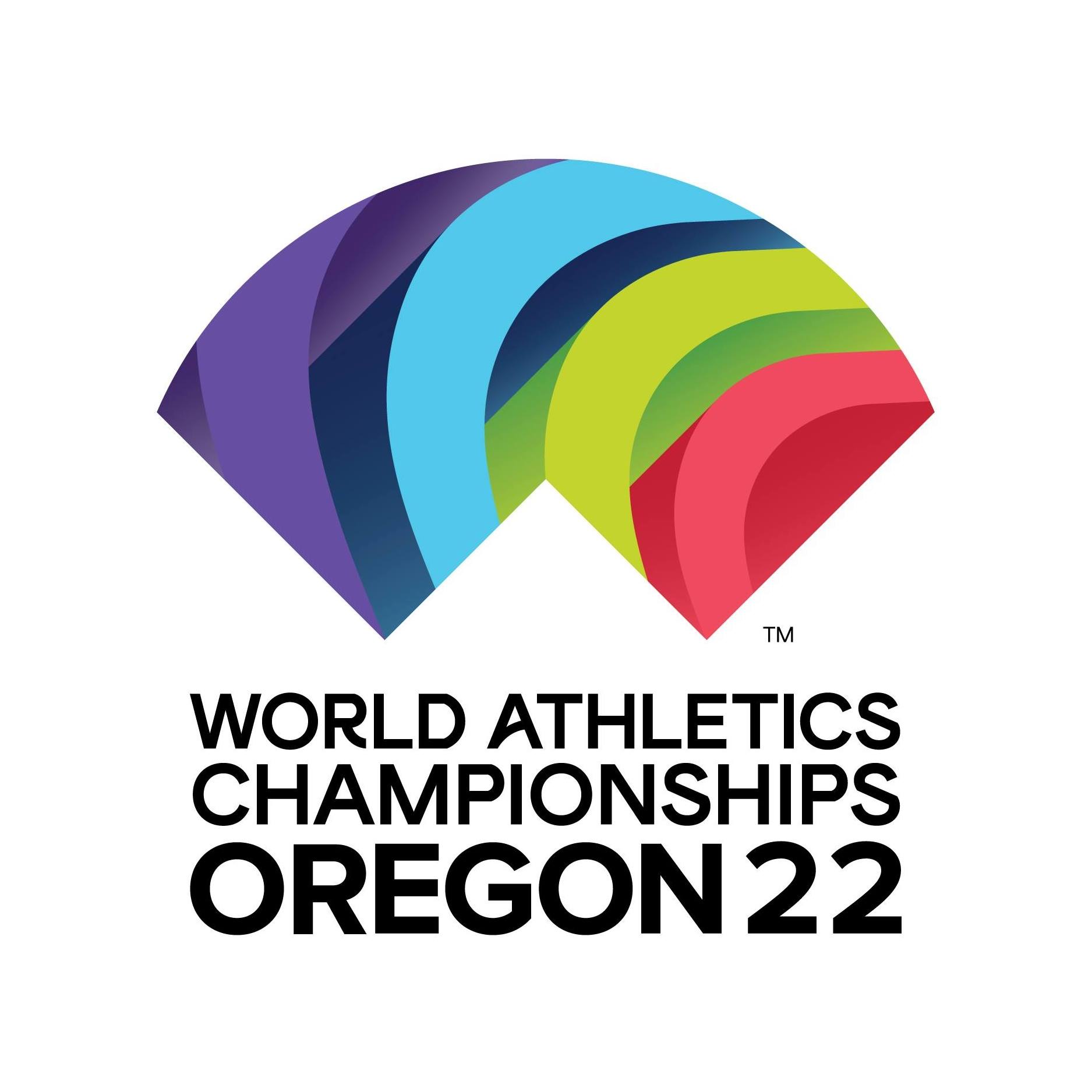 It’s been a mixed bag of results for South African athletes in the first three days of the 2022 World Athletics Championships in Eugene, Oregon in the USA, which began on Friday 15 July. In fact, just getting to the World Champs has been an achievement! – BY SEAN FALCONER

Up until a few days ago, there were still literally hundreds of athletes, officials and members of the media from various countries waiting to hear if they would be able to go to the World Champs in the USA. The problem was not that they hadn’t qualified, or didn’t have the right World Athletics accreditation, it was because of a severe, worldwide backlog in the US State Department’s visa application process. As a result, some athletes only received clearance to travel a couple of days before the World Champs began, while others were simply denied outright when applying for an appointment to apply for a visa.

This affected a number of the SA contingent, some of who simply didn’t get to the USA, and some who did eventually get to Eugene at the proverbial ‘lastminute.com’ will have had far from ideal preparation for a World Champs meet, due to the stress, late travel plans, and jetlag. After all, they are crossing nine time zones in order to compete on the West Coast of the USA!

I’m sure we will hear more about that in coming weeks as the dust settles (or gets stirred up again), but for now, we focus on the action on the track and in the jumps and throws on the infield. South Africa has sent some genuine medal contenders to Eugene, as well as some youngsters who will get a first taste of a World Champs environment, which will definitely stand them in good stead in years to come. I am a firm believer in ‘blooding’ young athletes at the top level, if the country expects them to perform at that level in years to come.

Disclaimer: On a related note, the report below talks about athletes being eliminated in qualifying rounds. That is just how the results are listed and reported in athletics, but I cannot stress it strongly enough that this should never detract from an athlete’s achievement in qualifying for the World Champs. The focus should be on the fact that our athletes made it to the World Champs in their chosen event, putting them amongst the top 50 or 100 athletes in the world in that event. So even a first round elimination is still one hell of an achievement, even if the news reports make it sound like a failure. Because it definitely is not a failure!

Anyway, let’s talk results. The first day of competition started disappointingly for team SA, with elimination in the qualifying rounds for men’s long jumpers Ruswahl Samaai (8th in his heat with a best jump of 7.86m), Jovan van Vuuren (11th with 7.79m) and Cheswill Johnson (no legal mark recorded), as well as for women’s shot putter Ischke Senekal (15th with a best of 15.40m). Two of our sprinters, Gift Leotlela (5th in 10.19 seconds) and Clarence Munyai (7th in 10.47) were also eliminated in the first-round heats of the men’s 100m, but Akani Simbine scraped through with a 10.07 fourth place in his heat to go through as one of the non-automatic fastest qualifiers.

In the men’s 20km race walk, veteran Wayne Snyman once again showed that experience can trump youth by finishing a solid 12th in 1:21:23. At 37 years of age, he appears as hungry to compete as he in in his younger years, and having finished second in the recent African Champs in Mauritius, he was once again the second African athlete over the line in Eugene.

Saturday’s competition started with Antonio Alkana running in the fifth heat of the men’s 100m hurdles, but his 13.64 finish and fifth place was unfortunately not good enough to take him to the semi-final round. Carina Horn finished fourth in her first-round heat of the women’s 100m, clocking 11.29, and was also eliminated. Also out went Ryan Mphahlele, having finished 12th in his 1500m qualifying heat with a 3:39.17 finish. With all three of these athletes, their elimination belies the fact that they were only just outside the times needed to go further.

More positive news came in the men’s 400m hurdles, where Sokwakhana Zazini ran 50.09 to finish fifth in the second heat and made it through to the semi-final round as a fastest qualifier. And in the women’s 10,000m, Dominique Scott-Efurd ran a solid 31:40.73 to finish 17th, but commented on social media after her run that she was disappointed with her time. The highlight of the day, however, was Akani Simbine’s 9.97 in the first semi-final of the men’s 100m. It was a season best for him and put him into the final, due to be run just under two hours later. Akani thus went into another global final as one of the favourites, but had to settle for fifth place with a 10.01 time, and will no doubt be very frustrated by once again getting so close to a medal on the world stage.

The third day of competition started early with the men’s marathon, with two South Africans in the race. Melikhaya Frans came into the event with a personal best (PB) of 2:11:28, run in the Sanlam Cape Town Marathon last year, and he proceeded to smash more than two minutes off that mark with a 2:09:24 to finish 18th in Eugene. The other South African in the race was Tumelo Motlagale, who came home 52nd in 2:20:21, having been up with the leaders in the early stages of the race. He ran his PB of 2:11:15 as recently as May in the SA Champs race in Durban, so perhaps his legs were not quite fully recovered yet, and the SA Champs race would be better positioned a little further ahead of a major championship event next time.

The women’s 400m qualifiers saw Miranda Coetzee clock 53.30 to finish seventh in her heat and she did not go through to the next round, while men’s discus throwers Werner Visser and Victor Hogan both finished 13th in their qualifying groups, with best distances of 58.44 and 60.51 metres respectively, and will take be part of the final. Meanwhile, Soks Zazini lined up in the third heat of the men’s 400m hurdles semi-final round and finished seventh in 45.69, thus also being eliminated.

Without a doubt, the highlight of the day for South African fans was seeing Wayde van Niekerk back to top form. In the first heat of the men’s 400m qualifiers, he shot out to an early lead and then ran conservatively in the second half of his race to win his heat in 45:18 and qualify for the next round. While he still has a long way to go to regain the form and confidence that saw him win the 2016 Olympic and 2017 World Champs titles, as well as set a World Record of 43:03 in Rio in 2016, but it is nevertheless terrific to see him racing smoothly again after a long recovery following a freak knee injury suffered during a charity touch rugby game. Joining Wayde in the semi-final round is Zakhiti Nene, who clocked 45:69 to finish third in his heat.

While many events have already delivered fantastic spectacles and results, there have been a few that nevertheless stood out from the rest. Both 100m finals saw a single country record a clean sweep of the podium positions – in the men’s race, Tokyo Olympics silver medallist Fred Kerley timed his dip for the line perfectly to win in 9.86 second, followed by compatriots Marvin Bracy and Trayvon Bromell. The women’s 100m title went to Jamaica’s Shelly-Ann Fraser-Pryce in 10.67 seconds, to give her a record fifth 100m World Title, and she was closely trailed over the line by countrywomen Shericka Jackson and four-time Olympic sprint champion Elaine Thompson-Herah.

A thrilling women’s 10,000m final was won by Ethiopian World Record-holder Letesenbet Gidey, with a thrilling sprint that could have seen any one of four or five athletes take the title. The Ethiopian has all too often just missed out on global honours due to being out-sprinted at the end, but this time she outlasted all challengers for a deserved win in a world-leading 30:09.94, and even new personal bests by Kenyans Hellen Obiri (30:10.02) and Margaret Chelimo Kipkemboi (30:10.07) were just not enough to beat Gidey.

The men’s 10,000m saw Uganda’s Joshua Cheptegei make it back-to-back 10,000m golds at the World Championships. The World Record-holder came into the meet seemingly not quite at his best, but he was still at the front end of the race when the bell rang for the last lap, and he cranked up the pace to win in a season best 27:27.43. Kenya’s Stanley Mburu took silver, in spite of falling in the first lap, and Cheptegei’s compatriot Jacob Kiplimo took bronze, while the first five men all finished within one second of each other!

Ethiopia’s Tamirat Tola won the men’s marathon in a championship record 2:05:36, having broken clear after 34km. His countryman Mosinet Geremew took the silver medal in 2:06:44, while Belgian Bashir Abdi claimed the bronze medal, to go with the bronze he won last year in the Tokyo Olympic Marathon.

The World Champs will run until Sunday 24 July, so there is still plenty of action to come!