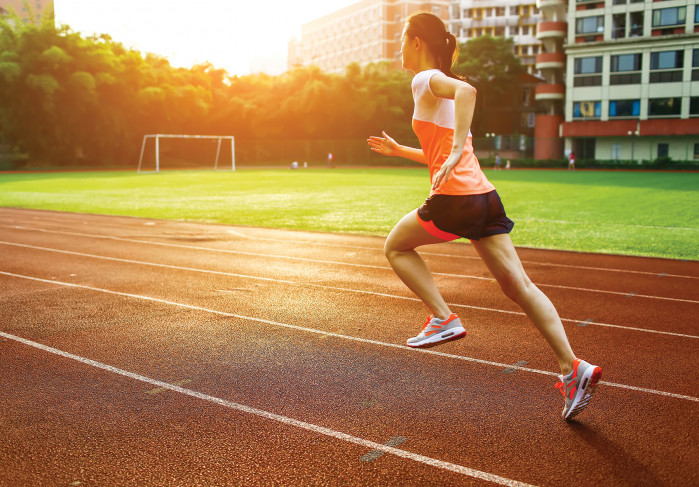 Track work can appear to be mundane, but once you begin to see the benefits, you’ll be wishing every day was track day. – BY RAY ORCHISON, REGISTERED COACH

Track sessions break the monotony of pounding the same old route and bring something new to your training, but most importantly, they help you go faster. That’s because track work changes your biomechanics. For however long you’ve been running slowly, you’ve been conditioning your body, mind, muscle fibres and millions of neural pathways to function a certain way. Track work begins to change your biomechanics to be better suited for running faster – more muscle fibre recruitment, improved metabolic function and the creation of new neural pathways are just some of the adaptations that occur. Just remember, these adaptations take time, and the more gradually you build up the speed work, the better off and more injury-free you’ll be.

For a distance runner, there are few occasions when a track session will be a flat-out effort, because the risk in terms of injury is far greater than the reward. Instead, the pace at which you should be doing your intervals or repeats depends largely on the training adaptation you want. In other words, are you looking for aerobic or anaerobic improvements? That’s a book on its own, so let’s keep this practical and give you a few sessions you can use.

BEGINNERS:
If you’ve never done track or speed work before, or if you’re coming back from a long layoff, then here are a few sessions just for you.
• Beginner #1: 15-20min easy warm-up, then 4x200m at 10-15sec per/km faster than your 5km race pace, with 200m jog between repeats, followed by 15-20min very easy cool-down jog. Increase by two repeats each week up to eight or 10 repeats. Once you start to get comfortable with eight repeats, then begin to increase your speed gradually up to 15-30sec per/km faster than your 5km race pace.
• Beginner #2: 15-20min easy warm-up, then 2x800m at 5km race pace with 3-4min easy jog between repeats, then 15-20min very easy cool-down jog. This type of session can be done every second or third week, adding an additional two reps every second or third session.