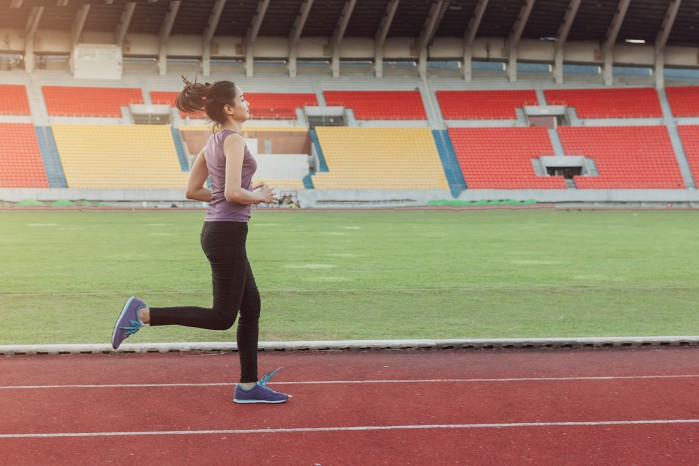 Those who ‘did time’ in the armed forces may still suffer a nervous reaction upon hearing the words “two point four,” but it’s the stuff ‘men were made of’ for many years, and can still be a useful training guide today. – BY NORRIE WILLIAMSON

The 2.4km distance is traditionally used as a fitness test for all serving personnel in military, police and fire brigade services in many countries. The test was developed for the US Military in 1968 by sport scientist Dr Kenneth Cooper as a simple, practical and easily implemented means of assessing aerobic fitness, and became directly comparable to a VO2 test in the lab.

The test was also used by the SA Defence Forces, as many slightly older male readers will well remember, with regular tests undertaken by platoons and squads, and the minimum result expected was 12 minutes. The true challenge, however, was that this normally had to be completed in full kit, webbing and leather boots. Oh, and just for fun, sometimes the instructors made you run with an assault rifle as well, to hamper a good arm action. That means you needed to run an average pace of five minutes per kilometre with an extra 18kg on board! Little wonder that this test quickly exposed the injured and unfit.

Furthermore, the test is employed in various sports as a means of assessing match officials, such as soccer or rugby referees, who face an annual ‘2.4’ to see if they can keep up with the game. Top officials in these professional sports actually now need to be considerably fitter than years gone by in order to ‘keep an eye on the ball,’ but 12 minutes for 2.4km remains a recognised standard. And this test should also be a stock option for all runners, because it provides as good a guide, if not better, to ability, fitness and training progression as the most expensive VO2 Max assessment in the lab.

GO TEST YOURSELF
After a good warm-up, pump out six laps non-stop on the track, taking the time of each 400m lap and the overall time. The objective is to get your personal fastest possible time, and every second counts, so pacing is important. Start slightly conservatively, hit your core pace from around 600m to 2000m, and then for the last 400m squeeze out every last gram of energy and determination to literally throw yourself over the line. Just remember to hit the stop button!

The faster you are, the better your practical (and effective) VO2, and the faster you can run a 5km, 10km, 15km, half marathon, marathon, Oceans, Comrades and even 100km. It truly is as simple as that! (Note: Beyond 100km there are other facets that come into play, including the ability to overcome sleep depravation.) Also, by knowing your ability in a hard, fast 2.4km, you can determine the required ‘Tempo’ pace when working towards your next goal race.

The great thing about these tests in the service was that it was done in a squad or group. This meant that there was ‘peer pressure’ and a bit of competitiveness involved, which would help with focus and determination. In contrast, running 12 minutes flat-out as a solo effort is a considerably harder task for most runners, and you’re likely to do better running solo over a shorter distance. Thus the mile (1.609km, or four laps of the track) becomes a more valuable assessment for the solo runner – it’s long enough to assess both speed and endurance, but also a reasonable duration to mentally challenge the runner’s determination.

KEEP IT REGULAR
These tests can be done every six to eight weeks, as one of the major benefits of a short distance blast is that it requires only one day easy as preparation and another day of active recovery after. There is minimum impact on your training programme.

When done regularly there is soon a trail of records, which will indicate when a runner is reaching peak fitness, recovering from a race, or even making a return from injury. One of the most useful outcomes is the ability to use the test to predict accurately your potential time for an upcoming race, and from that the pacing strategy to be used to achieve the best outcome.

So while many runners may not have great memories of the old 2.4 regimental test, along with the mile it can be a key weapon in the running arsenal of a competitive runner looking to achieve their best.

About the Author
Norrie has represented Scotland, Great Britain and later his adopted South Africa in ultra-distance running and triathlon. He is an IAAF-accredited coach and course measurer, has authored two books on running, and counts 21 Comrades medals amongst his more than 150 ultra-marathon medals. You can read more from him at www.coachnorrie.co.za.