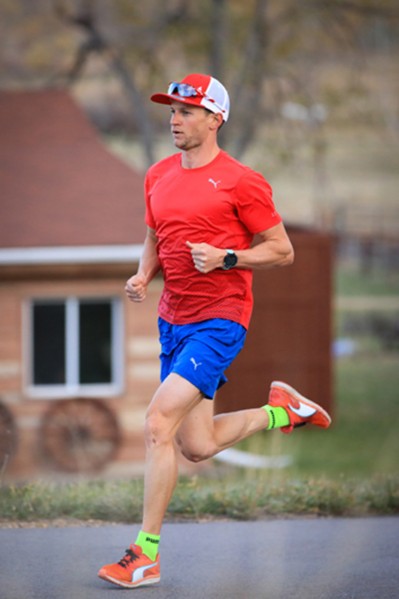 In October SA’s Bradley Weiss earned the title of Off Road Triathlon World Champ after winning the XTERRA World Championship final in Kapalua, Maui, in Hawaii. We caught up with him to ask him about his big win as well as his plans for 2018.

MA: Congrats on the win in Maui! After a hugely successful year on the XTERRA circuit, were you confident that you would claim the title?
BW: It is difficult to go into a World Championship event feeling 100% confident that you are going to win, but my preparation was perfect, and after a very successful season, I believed I could win if I executed to my ability. Most importantly, I didn’t lose any time on the swim, which was unbelievable! My swim has been letting me down all these years, and last year I came out the water more than two minutes behind the leaders, so when I stood up out of the water and saw the leaders right there, I thought, “Game on!” I think mentally I won the race there. I was just so confident.

MA: You still had to race hard for the win, though…
BW: Definitely. I got on the bike and I knew Ruben Ruzafa and Josiah Middaugh would be coming, and I knew I had to put a gap on Mauricio Mendez, because he’s proven time and again that he can put in the fastest run splits. I lost the lead to Ruben on the bike leg, but I put in a charge early in the run to take back the lead. The guys brought out the best in me and I had to dig deep, but the Maui gods definitely looked after me.

MA: You seem to be enjoying the pro life?
BW: I competed in 13 XTERRA Championship races across Asia, Europe and America in 2017, and the opportunity to travel and experience cultures all around the world is incredibly appealing and fulfilling. Living my 20s while travelling to remote corners of the world to compete in a sport I love, has been a blessing, a privilege, and one I never take for granted.

MA: So what’s on the cards for the coming year?
BW: 2017 was an emotional rollercoaster and left me a little spent – and craving home – so I took the time to not only thank but also celebrate alongside all those who played their part in my fairytale. Luckily my home town Stellenbosch provided plenty of fine wine to keep us going late into the night! I just wanted to get lost in the moment, because these moments of elation are rare in sport, and only a lucky few get to experience them.

Looking ahead, the new season is here and I’m up for it. I’m still young and enjoying what I do, but I don’t see myself beating up a tired body in my late 30s. Once my passion begins to shift, new and exciting opportunities will present themselves. I am just looking forward to making a living some time in the future without my heart rate at 200 beats per minute!

MA: You currently divide your time between SA and the USA? What are the benefits of the mix?
BW: For the majority of the year I am based in Stellenbosch, which is pretty much the perfect location. I am able to train with the strong swimming squad at Stellenbosch University, my running squad is also based there, and it’s important to have access to good trails to keep refining technical off-road skills on both the mountain bike and run, so having the Jonkershoek Nature Reserve so close to home is a massive asset.

However, all the travelling really broke me last year, so in 2017 I chose to base myself closer to the international races, and chose Boulder in Colorado. Altitude is incredibly beneficial to improving aerobic athletic ability, and Boulder not only sits at 1600m above sea level, on the foothills of the Rocky Mountains, but many quality athletes train there, and having World Champions and Olympians as training partners was a massive part of my success.

MA: You’re sponsored by PUMA, amongst others. How has your partnership with PUMA benefited you?
BW: I started with PUMA as an enthusiastic youngster with a dream back in 2012. I was already running in the brand as it worked so well with my biomechanics, but PUMA clearly saw potential and I couldn’t be more thankful to the crew for always having my back. The people who have made this happen will never understand the impact they have made on my life.

MA: You’re also quite active on socials media…
BW: I like to share my life experiences, both good and bad, with a little humour for good measure, because I try not to take life too seriously. I love the opportunity to connect with so many people globally – from updating my Gran back home, to a fan in the Philippines, it can all be done in a simple Tweet or Instagram update.