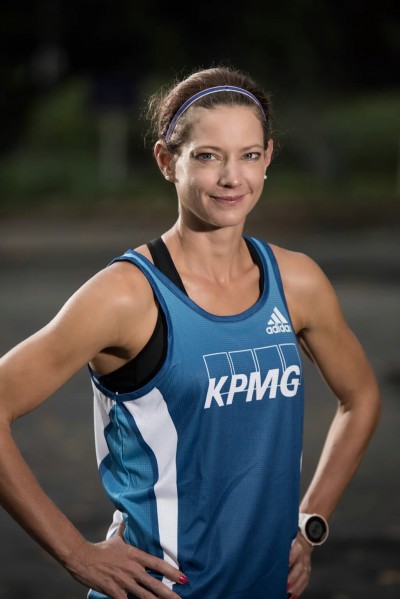 Ultra-distance runner Caroline Wöstmann will not defend her Comrades Marathon ‘Up-Run’ title on June 4 after losing a race against time to recover from a hamstring injury.

Wöstmann has made the difficult decision to withdraw from the 2017 Comrades Marathon on advice from her medical team. Suffering a hamstring injury at last month’s Old Mutual Two Oceans Marathon, Wöstmann undertook an intensive rehabilitation regime with the hopes of defending her ‘Up-Run’ title.
“Despite aggressive recovery treatments and rehab to the injury, it hasn’t healed sufficiently to allow me to safely compete at Comrades this year,” Wöstmann said.

“On Sunday the 4th of June 2017 I won’t be running the Comrades Marathon but I will be one of the supporters. “Even though everything in me wants to go and run Comrades, I have made the heart-breaking decision to listen to my medical team and withdraw from the race.”
Wöstmann was initially positive about the prognosis and looked set to line up for the race in just over a week’s time.

“During Two Oceans I picked up a hamstring niggle where it was later diagnosed as a neural injury which was far more serious than originally presumed,” Wöstmann explained.
“I want to thank all my sponsors, my team, and my friends for their incredible support.”

The 34-year-old Wöstmann made history in 2015 when she became the first South African woman to win the Comrades Marathon in 14 years.

Wöstmann captured the imagination in 2016 when she battled through cramps and injury to finish second behind Charne Bosman. Even though Wöstmann will not be racing this year, she has vowed to show her support to the thousands of athletes that will take on the grueling race.

“I have received so much energy and motivation from the Comrades supporters cheering me on in past years and I hope I can give that back to my fellow Comrades as they complete their journey this year,” Wöstmann said.
“I wish every one of my Comrades a life-changing adventure from Durban up to Pietermaritzburg this year.”