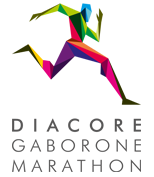 Are you tired of running the same races day in and day out? Are you looking for a change of scenery? Perhaps a new event to add to your personal running calendar? Look no further, Modern Athlete is giving you an amazing opportunity to try your luck at the 2017 Diacore Gaborone Marathon.

Being the flattest and fastest course in Southern Africa, the race attracts crowds from well over 30 countries around the world. In 2016 the marathon hosted over 6500 professional and recreational runners. The event offers a 4km, 10km, 21km and 42km allowing people of all ages to try their hand at the whole running scene. The Diacore Gaborone Marathon is a charity sports event and all proceeds go to charity and CSR.

Since 2010 the race has raised over four million rand, and has been afforded the opportunity to donate funds to many deserving non-profit organisations. As testament to the event’s growth and success, the 2017 Diacore Gaborone Marathon welcomes the De Beers Group of Companies as a new Diamond status sponsor.

This unique partnership will focus on commitment to youth development in the areas of commerce, technology and lifestyle to name a few. The marathon affords yet another avenue for the company to achieve its goals of capacitating Botswana’s future leaders in a tangible and effective way.

Registration for the 2017 Diacore Gaborone Marathon is currently underway and will close on Friday, 17 March 2017. The event is set for Sunday, 7 May 2017 and will begin and end at the world class Peermont Grand Palm Hotel and Casino resort. For out of town runners, the Grand Palm has reserved special rates for the marathon weekend which are detailed on the official Diacore Gaborone Marathon website. Shuttle services for guests to and from the airport are also available.

Modern Athlete is once again giving runners an amazing opportunity. Enter the Modern Athlete Diacore Gaborone Marathon competition and stand in line to win an amazing weekend away at the Peermont Grand Palm Hotel and Casino Resort for two people sharing and at the same time bag yourself an entry into the 2017 Diacore Gaborone Marathon valued at R4000.00.

This prize does not included travel to and from Botswana and the winner must be able to travel to Botswana between Friday, 5 May and Sunday, 7 May 2017. This prize is not transferable to another date and must be used the weekend of the marathon.