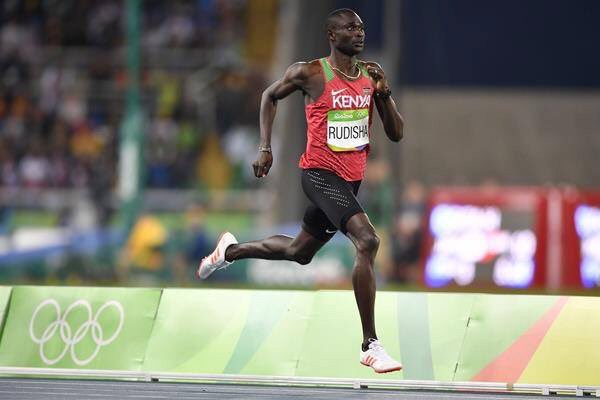 Fans at the Olympic Stadium in Rio are in a dream world and have been afforded the chance to see the fastest men in the world in the 100m, 200m, 400m and 800m in the same Olympic Games. 24-year-old Wayde van Niekerk of South Africa stunned the world by running 43.03 seconds on his way to 400m gold on Sunday night.

American legend Michael Johnson was present as a media commentator and looked shocked that his long-standing mark had been bettered. Wayde celebrated his 400m world record at the Rio Olympic Stadium in Rio alongside Usain Blot.

Usain Bolt's unique Olympic Games 'triple triple' bid began with his blistering 100m final. Next up is the 200m. The fastest man on the planet and the current holder of the world records in the 100m, 200m, and 4x100m relay is attempting to pull off an unsuspected 'triple triple' in Rio.

By defending his titles in all of these events, Usain Blot will cement his name in the history books as the greatest sprinter the world has ever seen. Bolt completed the first part of the bid with his win in the 100m on Sunday, 14 August 2016.

He won in a time of 9.81 seconds and was followed by Justin Gatlin of the USA and Andre de Grasse of Canada who finished third. Bolt's 200m campaign began on Tuesday, 16 August 2016 when he cruised through his 200m heats and earned his spot in the semi-finals set to start today.

Bolt said he wants to break his world record in this event and dip under the 19 second mark. Can he do it? The answer will come tomorrow as the 200m final is set to take place at 10:30pm, Rio time. “I think that if I can get a good night's rest after the semi-finals, it is possible for me to do it. I’m going to have to leave it all on the track and do the best I possibly can,” said Bolt.

Four runners have gone quicker than Bolt over the 200m distance this season. Heading the list is Lashawn Merritt of the USA, who shocked the athletics community with an incredible 19.74 earlier this year at the US Olympic trials in Eugene on 8 July.

100m silver medallist Justin Gatlin of the USA clocked 19.75 last month. The closest Bolt has come to his 2009 record is the 19.32 four years ago when he won the gold at the London 2012 Olympic Games. Can he do it again? Everything will be revealed tomorrow morning!

Following the heroics of Wayde van Niekerk and Usain Bolt, David Rudisha of Kenya obliterated the men's 800m field as he took top spot in the event. Competing at his first Olympic Games, David ran a staggering time of 1:40:91 in the 800m final at London 2012 to supersede Wilson Kipketer's previous mark of 1:41:11.

This was the only athletics world record at the London Games and David successfully defended his title in Rio on Monday, 15 August 2016 at the Olympic Stadium in a time of 1:42:15. David had his eye on the final the whole time and he defended his gold medal successfully.