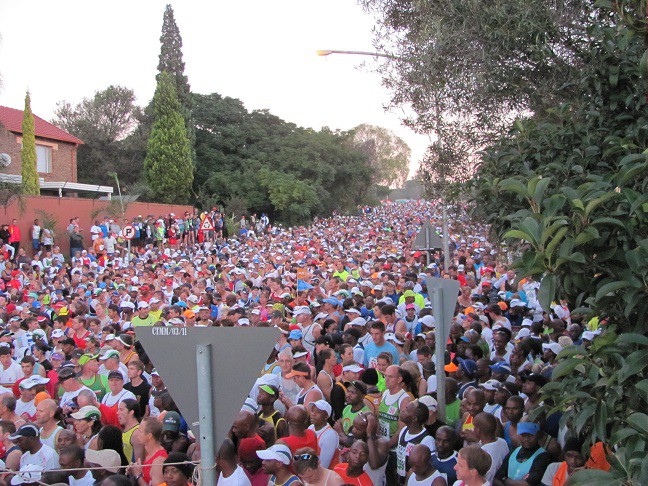 2016 is shaping up to be a big sponsorship year for MiWay Insurance with the announcement of its second sponsorship deal this year. MiWay has been announced as the title sponsor of the 40th Wally Hayward Marathon, taking place at Hoërskool Zwartkop in Centurion on 2 May 2016. Earlier this year, MiWay and B-Active Sports announced their three year partnership of the ULTRA Triathlon Series, which kicks off on 6 March in KZN.

As Head of Marketing and Brand at MiWay, Nthabiseng Moloi, says, “We are delighted to be partnering with the Wally Hayward Marathon. This is part of our ongoing quest to support home-grown events that give athletes the freedom to showcase their talent and improve their performance, in order to compete in other iconic events.”

The 40th Wally Hayward Marathon comprises a marathon, half marathon and 10km road race, and a variety of fun runs. It will once again be held in honour of one of South Africa’s greatest long distance runners. Wally Hayward’s exceptional running career spanned six decades. He represented South Africa at the 1938 British Empire Games (forerunner of the Commonwealth Games), winning a bronze medal in the 6-mile race, and then at the 1952 Helsinki Olympic Games, but is best remembered for his remarkable achievements in the Comrades Marathon, which he won five times, and ran again at the ages of 79 and 80 in the late 80s.

The event caters for the whole family with fun activities planned for kids, and Francois Jordaan, Chairman of the presenting club, Alpha Centurion Runners and Walkers, says, “We are extremely proud, as well as excited, to be partnered with MiWay Insurance who share the same passion for service excellence and a client satisfaction as we do.”

MiWay also recently extended the membership in its ASA-registered running club, MiWay Warriors, to its clients and their friends and family at no cost. “Our increasing involvement in sports, is part of our commitment to fostering a healthy and balanced lifestyle not only for our staff, but for our clients too,” says Moloi.

Online registrations for the marathon are now open, and more race information can be found at www.wally.co.za. Comrades Marathon personnel will also be on hand to provide qualifying athletes with information.