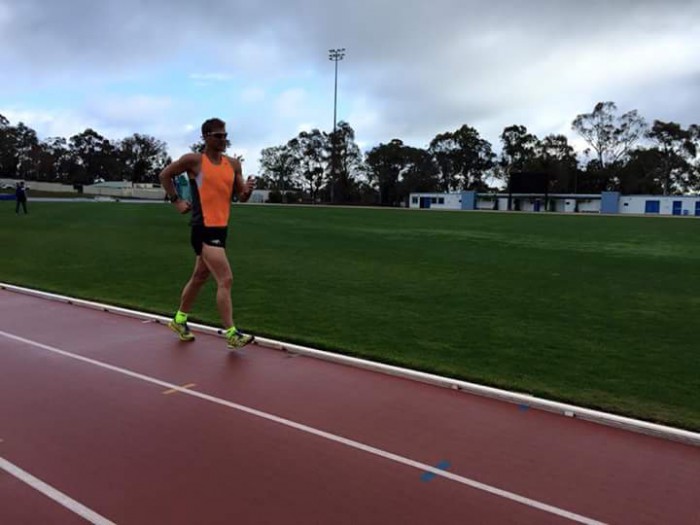 South African Olympian Marc Mundell broke his own African and SA record for the 50km race walk event as he clocked 3:54:12 to finish third in the Australian 50km Road Walking Championships in Melbourne on Saturday 12 December. His previous best was 3:55:32, which he set when he finished 32nd at the 2012 London Olympics.

Mundell spent the last seven weeks in Canberra at the Australian Institute of Sport, attending an international race walking training camp as he prepares for the Rio Olympics in August, as well as participating in a nutritional research study on elite walkers. This saw him training with some of the best race walkers in the world, including three time Olympic medallist Jarred Talent of Australia and 2015 World Champs bronze medallist Ben Thorne of Canada.

In the Australian 50km Road Walking Championships, Canada’s Evan Dunfee was first home in 3:43:45 to take more than six minutes off his personal best, set a new Canadian record (the previous record had stood since 1981) and qualify for the Rio Olympics, while Australian Chris Erickson successfully defended his national title by finishing second in 3:54:10 and also booked his spot for Rio. SA’s Mundell was just two seconds behind the Australian for his new PB and another Rio qualifier.

The IAAF qualifying standard for the 50km race walk is 4:03:00, and Mundell has consistently finished well under that mark in all his races since London 2012, while he officially qualified for Rio at the IAAF World Championships in Beijing in August.