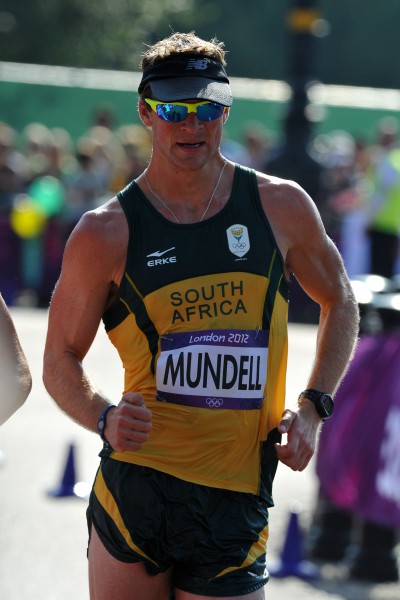 This month marks the second anniversary of the passing of the great South African icon Nelson Mandela on 5 December, and I felt it would be fitting to take several lessons from his life and career. – BY MARC MUNDELL

Sport has been the centre of my life and the pursuit of international performance has inspired me throughout my career. From my early days as a primary school athlete, I dreamt of competing at the Olympic Games after watching Elana Meyer win her silver medal in the women’s 10,000m at the 1992 Olympics in Barcelona, and 20 years later I fulfilled that dream when I competed in the 50km Walk at the 2012 London Games.

In my opinion, much of the country’s post-apartheid sporting success is a result of Madiba’s passion to unite South Africans through sport. In 2002 he said, “What counts in life is not the mere fact that we have lived. It is what difference we have made to the lives of others that determines the significance of the life we lead.” This phrase epitomises for me what a good life in sport should be, making use of success (or fame) generated through sport to provide an opportunity for those less privileged, or to nurture the next generation. That is a noble pursuit.

In sport, as in life, athletes are faced by setbacks, which call into question their resolve to overcome the obstacles hindering training or competition. Madiba said, “Do not judge me by my success, judge me by how many times I fell down and got back up again.” So many athletes, when confronted with setbacks, back down, throw in the towel and say that life isn’t fair, sometimes on the very cusp of success, at the final hurdle.

Madiba also said that “After climbing a great hill, one only finds that there are many more hills to climb.” Too often, we set ‘out there’ goals for ourselves, and then, if by fortune we achieve them, we rest on our laurels. Therein lies the problem that our dreams possibly weren’t so distant or challenging after all, they were merely dreams that we realistically believed that we were capable of achieving.

As I work towards the Rio 2016 Olympics, I am reminded to lead a good sporting life, look past obstacles, and never stop revisiting my dreams whilst pushing my own limits.