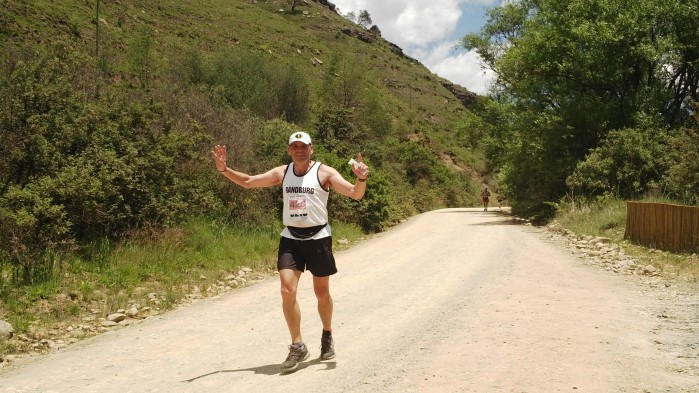 Michael Botes is set to run nearly 250km this September in the Spartathlon Ultra in Greece – and tick an item off his bucket list – as he retraces the footsteps of the mythical hero Pheidippides. – BY SEAN FALCONER

According to ancient Greek legend, when the Athenian army faced the invading Persian army at Marathon in 490 BC, they sent a messenger named Pheidippides to run 240km to Sparta to ask for help. The Spartans said they would help, but according to their law could only march once the moon was full, so Pheidippides ran 240km back to Marathon to report that no reinforcements were coming, then joined in the fighting at the Battle of Marathon, which the Athenian army won. He was then despatched some 40km to Athens to report on the great victory, and allegedly collapsed and died after uttering the words, “We have won.”

Fact or Fiction
Of course, historians will point out that this story is likely not true, or at the very least highly romanticised, but nevertheless, it has laid the foundation for two modern-day running traditions. The first is the well-known marathon distance of 40-42km, which has become the pinnacle of long distance running the world over. The other is the much less well known Spartathlon event of 246km, from Athens to Sparta, which was first run in 1982, and this year SA runner Michael Botes will be one of just under 400 athletes lining up to take on this historical challenge.

“One of my mates mentioned it to me in 2012 and while I am not a natural born athlete, I love running and extreme challenges, so I decided to go do it, not only for the distance, but also because I love a race with history and culture behind it,” says Michael. “I was fortunate enough to crack an entry first time round, because they normally get about 900 entries from all over the world and use a lottery system to select 390, and there are fairly strict entry criteria as well, including running 100km in under 10 hours.”

Michael adds that he will become just the second South African runner to take on the Spartathlon. “Working through previous results, the only South African I could find was Norrie Williamson in 1992, when he finished fifth in a time of 29:30:41. So this is not a well known event amongst SA runners, but interestingly, while running the Comrades this year, I ran with and chatted to three British and two US runners, and all five knew what the Spartathlon is.”

Black Belt Runner
Michael (52) lives in Johannesburg with wife Ina and their two teenaged daughters, works as an investment adviser and runs for Randburg Harriers. He took up running seven years ago as part of his quest to lose weight after reaching 107kg. “A very good friend was also my doctor and kept nagging me that I was over 40 and needed to do something about my weight. Now my daughter had started judo, and I was spending two hours per week watching her train, so I decided to try it myself. I got my black belt, but because belt gradings were in November and then we had a three-month break, I needed to maintain my fitness, so I took up running. I found that I’m not a fast runner, especially on shorter distances, but as I progressed to longer distances, I made my targets comfortably.”

“The big challenge is that we don’t have many races over 100km in SA. We’ve got the Comrades, then the Washie 100 Miler and a couple of circuit races, but the Spartathlon is 246km and the longest I’ve done is 161km, so it will be unknown territory. Naturally, I am also concerned about the high drop-out rate in this race, mostly due to the high temperatures and humidity. On average, only 41% of participants finish, and in the hardest years, 1987 and 1991, only 23% made it. The best year was 1997 with 59%, and last year it rained during the race, which pushed the figure up as well. My worry is that we’ll be coming out of winter in SA, so I won’t be able to train in the same conditions, although I have been spending time in the sauna to build up resistance to the heat and humidity. Still, I am hoping to touch the feet of King Leonidas’ statue in Sparta on 26 September.”