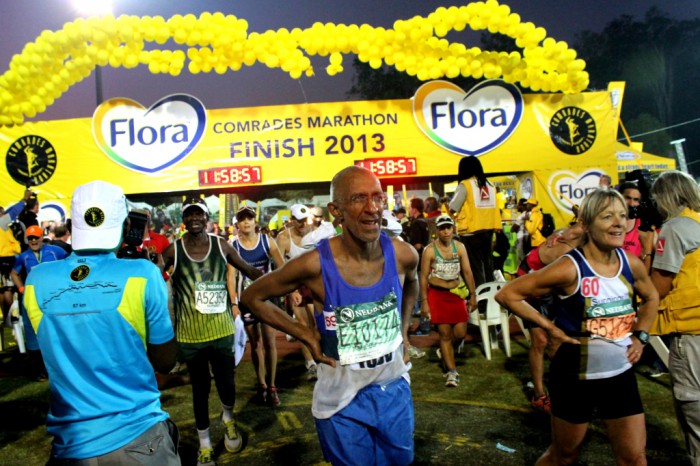 Twenty people, including five international participants, were charged with offences related to rule 240.1 – not completing the full official course. Recognition was given to the fact that alleged transgressors were given the opportunity to present their cases before the KZN Athletics Disciplinary Enquiry last month.

Some of the alleged transgressors provided ample evidence that they did not and had had no intention of cheating and were cleared. Six participants proved beyond reasonable doubt that the alledged 'cheating' was as a result of the organizer's error. The runners had bailed out and waited for the official bailers bus which picked them up but, instead of taking them off the course, dropped them on the course inside the fenced area which forced them to walk accross the finish line. They had refused to take the medals at the finish and notified officials. Their names were, however, never removed form the results and this created the suspicion of cheating

A number of transgressors immediately pleaded guilty and avoided the hearing, while others did not respond at all nor did they make themselves available for the hearing. The disciplinary enquiry recommended that all those who pleaded quilty, together with those who failed to respond or present themselves for the hearing, should be disqualified and their names be removed from the respective events results. One particular runner appeared in both 2012 and 2013 disciplinary hearings on the same offence.

They were further ordered to return the medals, and those who failed to do so by the end of April 2015 will not be allowed to run this year’s event, which takes place on 31 May 2015.

KZN Athletics further announced that the non-eligibility of Zola Budd, as well as two other runners who did not contest the referees decision to receive the veteran’s prize for the 2014 Comrades Marathon due to transgression of the ASA age category rule, had been upheld. This matter has now been closed and all parties recognize that the ASA age category rule remains in force and neither KZN Athletics nor Comrades Marathon Association has authority to repeal, change or relax it in anyway without the express permission of ASA.

KZN Athletics president Sello Mokoena said that both organisations were happy that the matters could now be put to bed. “This has been an arduous and time-consuming disciplinary process, as participants need to be given the benefit of a doubt, as well as the opportunity to present their case, but we are confident that we have completed the exercise having followed all required processes,” he said. “We are committed to protecting the integrity of the Comrades Marathon and continually improving upon the high standards of South Africa’s most prestigious race.”