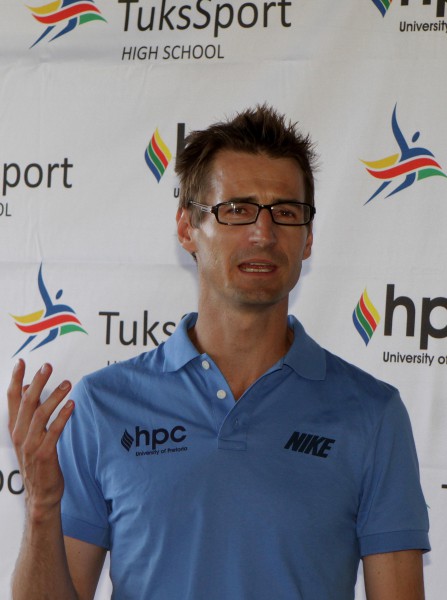 Caroline Wöstmann’s victory in the Two Oceans ultra-race has led to many experts predicting that a South African female athlete could also win the Comrades.

Lindsey Parry, who coaches Wöstmann as well as Charné Bosman (who finished 5th) is confident that it is just a matter of time before one of the South African female athletes wins the Comrades.
“On Saturday Caroline had one of those dream days which most athletes experience only a few times during their careers. I really think that if she could run the way she ran on Saturday, she could won the Comrades as well.

“What we need to do now is make sure that she recovers fully. Then she needs a couple of weeks of hard training before we start to refresh her for the Comrades. Hopefully she will have similar form at the Comrades.

“This is what we will be aiming for. However, we fully realize that it won’t be easy to win the Two Oceans and the Comrades in the same year. Only a handful of athletes have been able to do so,” said Parry, who works as a sports scientist and coach at the High Performance Centre (hpc).
Parry describes Wöstmann as a late developer.

“In 2010 her personal best time in the 10km was about 56 minutes and for 21km it was 1 hour and 50 minutes. At the beginning of last year her best marathon time was just over 3 hours, but by the end of the year it has improved to 2 hours and 43 minutes in quite windy conditions.

“She would possibly have run a much faster marathon time if she had started earlier and just focussed on the marathon. Caroline is one of those athletes who just get stronger and stronger. It is also a result of the extremely consistent training she has been doing.”
Parry is also impressed by Maxwell’s ultra-race debut.

“At one time during the Two Oceans I thought Tanith was going to win but unfortunately for her she just ran out of road.

“Charné also had a good race, sticking exactly to the race plan we had agreed on beforehand. She is certainly on track to run a good Comrades.”

Bosman (hpc/Nedbank) said one of the reasons why all three of them performed well at the Two Oceans is that Parry is a very dedicated coach who realizes that there is no blueprint for success.
“He goes out of his way to find out what will work and what will not work for each of us and only then he begins to formalize a race plan.

“One of the big differences in Lindsey’s coaching strategy is that he does not believe that we should go out hard day after day. In my training program there are only two hard days, the rest of the sessions are long runs. But when Lindsey says it is hard day, it is hard day. You have to give it your all.”