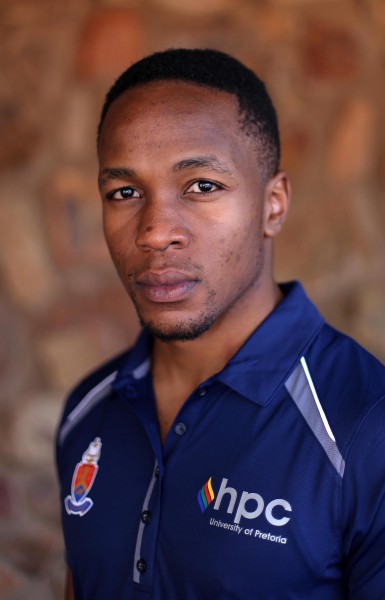 Jamaica’s legendary athlete, Usain Bolt, might just be the inspiration Akani Simbine needs to break ten seconds for the 100 metres.

Ever since the South African Championships in Pretoria last year where the Tuks/hpc sprinter finished second in a time of 10.02s, the question has not been whether Simbine is good enough to dip under 10 seconds for the 100 metres but rather when he will do so.

Simbine has already shown that he is in good form this season by running wind assisted times of 10.04s and 10.06s and a legal time of 10.09s, but he still seems to need that little ‘bolt of lightning’ to super charge his batteries to enable him to break 10 seconds.

Maybe this will happen on 26 May in Ostrava when Simbine will get his first chance of two to face Bolt in the 100 metres. He will do so again on 13 June at the Diamond League Meeting in New-York.
Simbine has only raced against Bolt once before. It was during the Commonwealth Games in Glasgow last year in the 4×100 relays. As was expected the Jamaicans won the gold medal in a time of 37.58s with Simbine and his South African teammates finishing fourth in a time of 38.35s.
Nobody will blame Simbine if the prospect of facing up to Bolt on his own for the first time is making him nervous, but this is not the case. He is actually looking forward to it.

“Usain certainly brings something special to the track each time he races. He just has a way of getting a whole stadium involved in a race. He creates a very special vibe which motivates everybody. I hope to benefit from it and also run a fast time.”

Somewhat surprisingly Bolt is not Simbine’s sprint hero. He has more admiration for Yohan Blake and Asafa Powell (both Jamaican sprinters).

“Don’t get me wrong. I have much admiration for Usain Bolt’s sprinting achievements, but I am better able to associate with Blake because he trains harder than Bolt and he has set himself the goal to beat Bolt. He has already managed to do so and I know he will do so again in the foreseeable future.

“Powell, a former 100 m world record holder, used to be my hero when I started out as a sprinter. I consider him to be the athlete with the best sprinting form.”

But perhaps Simbine will not have to wait until May to break 10 seconds for the 100 metres. He will be competing at the South African Senior Championships at Stellenbosch on Friday and Saturday.
The unpredictability of the Cape weather makes Simbine hesitant to make bold predictions about fast times. However, if the weather plays along he might consider making a serious effort to challenge the stopwatch already during Friday’s semi-finals.

Simon Magakwe, six-time national champion and the only South African sprinter yet who has been able to run a time faster than 10 seconds, will not be competing. He has been slapped with a two-year ban for missing an out-of-competition dope test last year.

However, Magakwe’s absence does not mean that Simbine is taking anything for granted.
“I have learned the hard way that no race is ever won until you have crossed the finish line. There are other good sprinters who will be competing and who are able to win.”

Simbine reiterated that for now he is not obsessed with 10 seconds.

I am still young, which means that I still have time on my hands to reach this goal. I know that if I continue to put in the long hard hours of training and run the right races it will be only a matter of time before I start running times faster than 10 seconds. In the end it all boils down to biding my time and not becoming obsessed. Patience is definitely a virtue,” the 21-year-old said wisely.