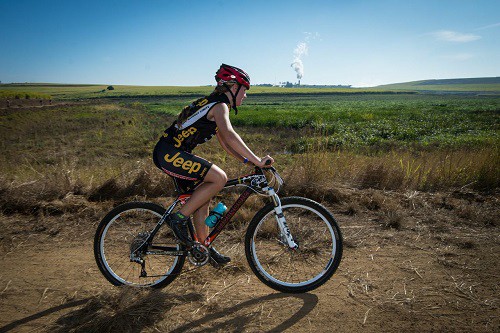 Jeep Team SA is going to be a force to be reckoned with in 2015 as they announce a change in focus to Junior, Under 23 and Elite sports men and women by forming a smaller, more compact squad of 15 world-beating, South African athletes.

Started in 2001 as an adventure racing team of six athletes, Jeep Team SA has become one of the most successful teams of its kind, producing local, national and world champions across eight sports disciplines – Adventure Racing, Mountain Biking, BMX, Surfski, Canoeing, Multisport and Extreme Sport with Trail Running and Obstacle Course Racing (OCR) added to the 2015 portfolio with the explosion of these two sporting codes across South Africa.

Says Max Cluer, co-founder and manager of Jeep Team SA, “Jeep Team SA continues to evolve in 2015 with a whole new look and feel. The core focus will be on showcasing up-and-coming Junior athletes while continuing to mentor and work with the Under 23 athletes and Elite athletes at the top of their game while teaching them the business of sport, media, sponsorships and relationships.

“We’ve re-signed a new three-year contract with our Title Partners Jeep Apparel SA and Jeep Vehicles – ensuring incredible support and security in the years ahead for Jeep Team SA. Jeep has been supporting us now for nearly 14 years, which is nearly unheard of in modern day sponsorships. We are fortunate to have such an incredible relationship with them where they understand our passion and vision for the team and they support us 100%.”

In 2014, the Team achieved success across all disciplines. Highlights include Jeep Team’s Hank McGregor rewriting the history books in September by becoming the first South African paddler to win both K1 and K2 gold medals at the ICF Canoe Marathon World Championships in the United States.

Barry Lewin continues to impress with his vast experience and media presence in the world of paddling with his core focus on surfski both locally and internationally. He continues to travel around the world on his quest to document and compete in the sport that he loves so much while still remaining competitive in the elite bunch.

The team continues their support of Qhubeka and remains firm on their stance of zero tolerance in sport surrounding doping and drugs in sport with their allegiance to Bike Pure.

Qhubeka is a South African NPO that helps disadvantaged communities “move forward and progress” by giving them bicycles in return for work done to improve communities, the environment or academic results. Since 2005, the NPO has distributed 51 000 bikes to people across South Africa.

Bike Pure is a global NPO that promotes honest and ethical cycling. The organisation has become the independent voice for honest, ethical cycling on a global scale, sending a powerful message that athletes don’t have to resort to taking illegal performance-enhancing drugs to compete.

Jeep Team “Ghost Athlete” Program
In 2015 a “Ghost Athlete” Program will also be introduced into the Jeep Team stable whereby elite athletes, celebrities or specialist athletes will be brought into the team for a short period of time under ring-fenced terms and conditions. The first athlete to fill this position in 2015 is the talented actress, DJ and athlete, Hlubi Mboya, who will be representing the team in the Jeep Warrior Race Series.

The seven returning athletes are: