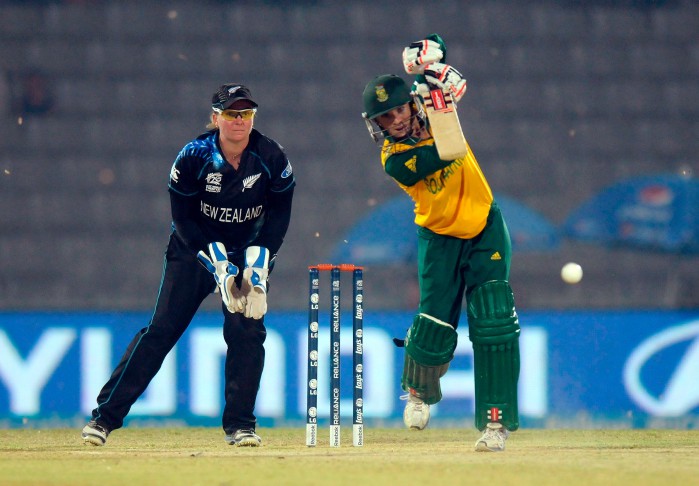 When Mignon du Preez smashed 258 runs in an under-13 provincial match, hitting 16 sixes and 25 fours with a strike rate of well over 200, a bright future was already on the cards for her in women’s cricket. Four years later she donned the green and gold against Pakistan, scoring her first ODI half century on debut, and today she captains the national team. We caught up with the Proteas skipper to discuss her training and where she'd like to see women's cricket going to.

Mignon (25) will be the first to admit that her playing cricket came about by accident. “My dad was a mini-cricket coach and my brother played, so I went along to support. One day, one of the boys couldn't make it, so my dad asked me to help. I was about four years old and I scored the most runs, and that's where it all began.” She would go on to play with boys throughout primary school, and then finally a girls team at Hoërskool Zwartkop in Pretoria. She had already earned Northern Gauteng colours when she was 12, and in 2007, in her matric year, the national selectors came calling.

She was initially left out of the Proteas side that year, but when another player had to withdraw due to injury, Mignon was given her chance and knew she had to impress quickly to cement her place in an established squad. “It's difficult to break into the team, and even harder to stay there, but the pressure didn't get to me and my 50 runs against Pakistan at home was a perfect way to introduce myself,” she says, adding that fitting in national team duty was a challenge the next few years. “At varsity, I balanced my B.Com and Honours in Marketing with my training. At that time there wasn't a lot of touring, but I had to fit in it all in while taking textbooks to games.”

Mignon’s prowess with the bat and agile fielding capabilities made her an easy pick for the selectors, and then on tour in England in 2011, she got her first taste of captaincy with the then captain out injured. “I didn't think I had that knowledge, but my team believed in me,” she says. “I eventually found confidence in the role and I've continued to bounce ideas off and consult others. It's a work in progress, but I'm getting there!”

Most recently, the women's side has been part of the national academy set-up, which has also boosted pre-season preparations. For the last 12 weeks, the squad has balanced two hours of training per morning in the nets, to sharpen skills, with meetings to discuss game scenarios, and three times a week the squad work on strength in the gym, with two sessions of pilates as well. “It's productive and it's essentially a 9-to-5 day,” says Mignon. “We often go on 5km runs to keep fitness up, and we do a lot of rowing, but shorter runs give us that short, explosive power when we're batting or fielding. It's all about turning on speed.”

In the next few years, Mignon is focused on getting the team to challenge the likes of England and Australia, and the more focused approach has the Proteas side feeling very positive about their tour to England this month. Mignon adds that she and her players are actually encouraged by being labelled the underdogs. “We haven't beaten them yet, so it's an exciting prospect to show them what we've got. We're a side that surprises – we beat New Zealand earlier this year in the T20 World Cup – and we can do it again. With sponsors now behind us, we're in the spotlight, so it's important for us to pave that future for women’s cricket in SA.”