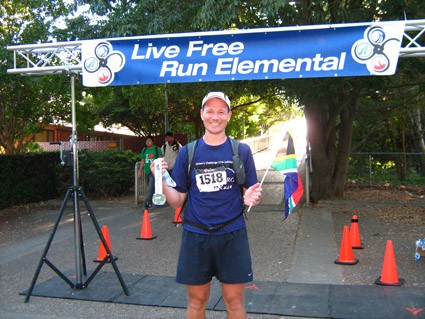 Later this year I hope to run my 100th marathon, and having heard about 100 Marathon Clubs in several other countries, I think it is time for us to start one in South Africa as well. – BY HANO MAREE

As for many South Africans, Comrades was a childhood dream and in 1999, when a friend asked me to join him for the Millennium race, I jumped at the opportunity. I was under-trained and inexperienced, but amid all the suffering, I had an epiphany that has formed the basis of my running philosophy ever since: Running is not just a sport, it is a social event that is enjoyed en route with anonymous runners (soon to be friends) from all walks of live, sharing race ‘war stories’ or just having a laugh.

Since then I have kept a race logbook, but did not place any value on the number of marathons and ultras I’d done until 2010 at the Macleay River Marathon in Australia. At the prize-giving, Bob Fickel, who incidentally is currently managing the Australian 100 Marathon Club, received a T-shirt to commemorate his 200th marathon. It made me wonder how many people in SA have completed 100 marathons and when will I ever get there? Over the following three years, as I slowly accumulated marathons, I also found some books on the topic. According to Steve Edwards, the fastest person to reach 500 marathons, more people have climbed Everest than have completed 100 marathons! However, I do believe that a number of SA runners have been excluded from these calculations, but the point remains, not that many people have done this.

Many countries with 100 marathon clubs follow similar rules, with the UK’s being the best described on their website. Membership is only for runners that have completed 100 marathons and/or ultras. You can also join the club as an associate member if you have run more than 50 races, but then you are labelled as a ‘Wannabe.’ I have contacted the UK 100 Marathon Club and the rules are quite clear that walking events do not count. The reasoning sounds fair, so I was knocked back by three and that put me on 92 at the end of July, with 31 ultras, 58 marathons and three stage races, so I am still in the Wannabe club, but 2014 will (hopefully) be the year of my 100th marathon.

At the beginning of the year I started planning my assault on the 100th and in setting up a schedule, I was more concerned with where, rather than when. I calculated that if I do every marathon in the Western Cape in 2014 and travel to a few races – and remain injury free – I could get to my 100th in Stellenbosch at the Winelands Marathon, my hometown race, in November. I will not be the first to run 100 marathons, but it will be my first time.

Now, I usually do not run marathons on back-to-back weekends, but part of the challenge was venturing into the unknown, so I recently did four marathons in four weeks, followed by a double marathon weekend in Australia, then a week off before the Puffer… and I thought this was going to be easy! But the whole attraction of this challenge for me is the fact that you can do it in your own time and you have a lifetime to achieve it. It is a personal challenge that every runner can aim for, irrespective of ability, and if this body can cash this cheque, there will be chocolate cake at the Stellenbosch Athletics Club gazebo after the Winelands!

Despite all its wonderful long distance races, South Africa does not have a 100 Marathon Club. There are several initiatives that reward distance in races in a calendar year, but none that rewards the average runner for a lifetime of running. I propose that we get the debate going and see where it leads us. Contact sa100marathonclub@gmail.com or join the Facebook page.