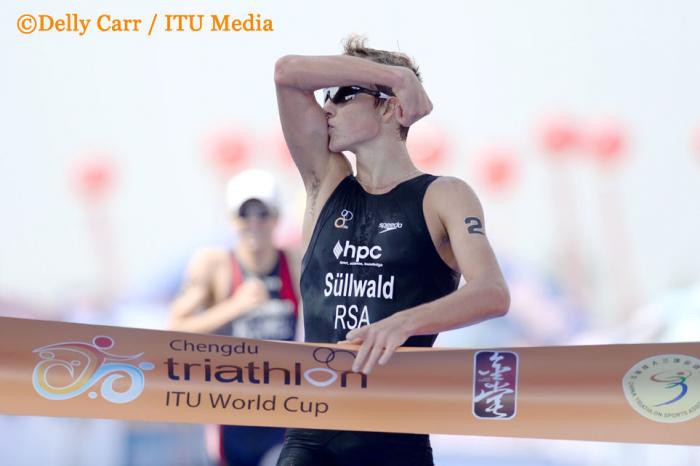 South Africa’s rising triathlon star Wian Sullwald showed this weekend that he is becoming a force to be reckoned with at the senior elite level. Following his recent 15th place finish at the World Triathlon Series Cape Town event in April the 21-year-old picked up his maiden ITU World Cup victory in Chengdu, China on Saturday.

The 2012 ITU Junior world champion finished in a time of 1hr 48min 47sec for the 1500-metre swim, 40-kilometre cycle and 10km run, beating American Kevin McDowell by just one second. The Marble Hall athlete heads to Japan next for the third round of the World Triathlon Series, this time in Yokohama.

Below is a short highlights package of the race in China as well as an interview with Sullwald on Tri Talk SA following his win in China at the weekend.