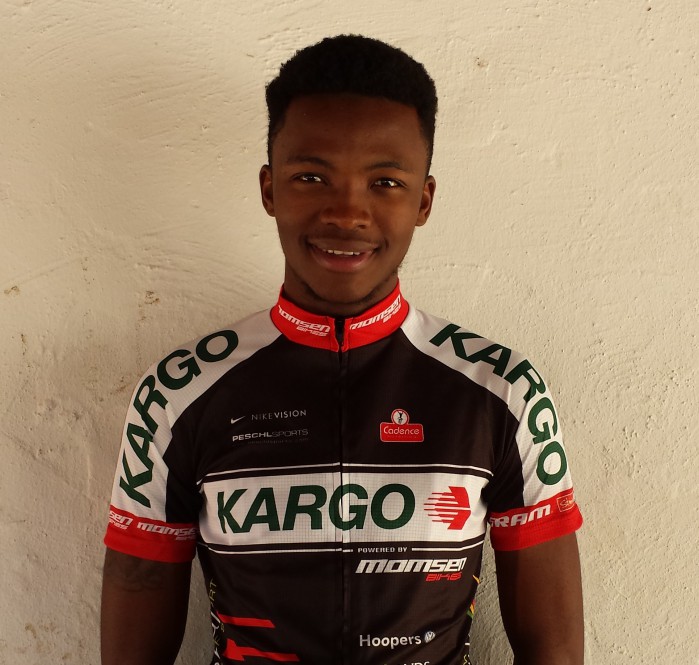 It has been a long journey from humble beginnings when William was first discovered by Simon Nash at the Diepsloot Mountain Bike Academy (DMA), and his persistence and dedication to his dream has finally beared fruit.

Shaun Peschl of Peschlsports, who manages the The Kargo Pro MTB Team, says he has been following the young star’s progress for the last two seasons. “It was clear to me that William is a hard working individual and over the last few months he has really stepped it up; I believe much of his success is a result of the support structure around him and the positivity of his friends and mentors such as André Ross, Chairperson of the Diepsloot MTB Academy, who have been walking this road with him.”

“With more than half the season still ahead of us, we will be working hard to improve his national and international rankings,” says Peschl.

The team’s immediate plans are to take William to the German MTB World Cup at the end of May as preparation for the UCI MTB World Championships in Norway later this year.

William will continue to pursue his B.Sport Science degree at the University of Pretoria and his race schedule will be planned around his studies accordingly.

“I am truly humbled and honoured to finally be recognised as a pro-athlete,” says William with his trademark smile wider than ever. “And that not with any team, but with the only UCI registered XCO MTB team in the country. This adds to my belief that anything and everything is possible with hard work, focus, and people who believe in you like the DMA have done for me. This is proof that dreams do come true, whether you want to be a pro-athlete, a movie star, or a businessman.”

The Kargo Pro MTB Team is also embarking on a partnership with the Diepsloot Mountain Bike Academy. “Being involved with the DMA is a very exciting project for us,” says Shaun of the synergy with the academy. “We look forward to working alongside the management of the DMA in identifying and developing the young cycling talent in Diepsloot and surrounds. We hope to make the aspirations of having a previously disadvantaged rider from South Africa on the start line of the Commonwealth and Olympic Games a reality.”

”We are excited at this next step for William in his MTB career and grateful to Peschlsports for the belief they’ve shown in him. As the only UCI registered MTB team in South Africa, we could not think of a better platform for William to grow into his full potential. Being surrounded by riders of the caliber of Rourke Crouser and Stuart Marais, as well as being able to learn under the leadership and management of the experienced Shaun Peschl, is the ideal environment for him to continue working towards achieving his goals. This landmark opportunity for William, as well as the partnership between DMA and Kargo Pro MTB team, proves to other riders from less fortunate backgrounds that anything is possible through hard work and focus.”

Furthering the South African theme of the team, William will now be campaigning on the locally designed and developed MOMSEN brand of bicycles.

“Once again we are very excited and happy with how things are progressing with the Kargo Pro MTB Team. This new signing is another major step in the right direction, not only for South African mountain biking, but also for our global ambitions,” says Victor Momsen, owner of MOMSEN bicycles.

“Kargo National is proud to welcome William to the Kargo Team. We are confident that William will do well and show great sportsmanship,” says Leigh Oliveira, National Marketing Manager at Kargo National. “This partnering between the Kargo Pro MTB Team and the Diepsloot Mountain Bike Academy is a step in the right direction for development in the sport as a whole and we very excited in following the progress throughout the coming seasons,” Oliveira concludes.