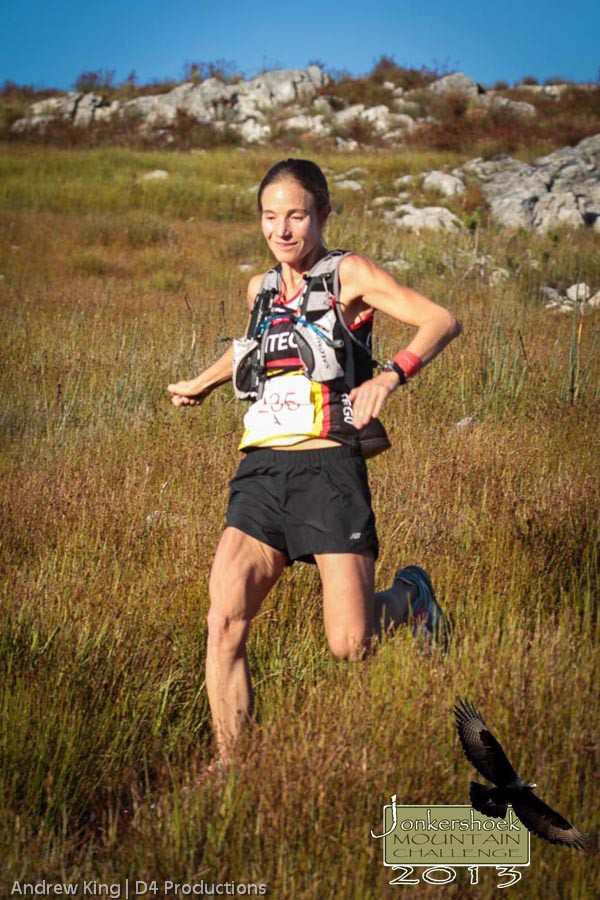 The countdown has started to the Jonkershoek Mountain Challenge (JMC), one of the highlights on the South African trail running calendar.

The fourth running of the JMC will take place on 4 May and will for the first time form part of the exciting Mountain Challenge Series (MCS) with a total prize purse of over R50 000. The main race on the day will be the 36km while there will also be shorter options – the JMC Lite 22km and the Jonkershoek Mountain Run (JMR) 10km.

The two shorter races ensure that there is something for everyone on race day, from the elites to those who are still new to trail running, but the main attraction will definitely be the “big daddy”, the 36km race between the top guns of South African trail running.

The race has gone from strength to strength since it first took place in 2011 with top runners such as AJ Calitz, Thabang Madiba, Michael Bailey, Iain Don-Wauchope, Bernard Rukadza, Katya Soggot, Landie Gryeling and Linda Doke all participating in previous years.

Last year the JMC served as the South African Long Distance Trail Running Championships and this year it will again be one of the qualifying races where the national trail running team that will compete in the USA later this year will be selected. For this reason, all the big names in trail running are once again expected to take part in this epic challenge.


One of the most exciting aspects of this year’s race is the establishment of the Mountain Challenge Series – a three-race challenge taking place on some of the most beautiful mountains in the Western Cape with each event offering its own unique challenge.

The first race of the series, the Jonkershoek Mountain Challenge (JMC) will consist of 36km and more than 2000m of climbing. Two weeks later, on 18 May, runners will take on the Helderberg Mountain Challenge (HMC) in Somerset West. Though this race is considerably shorter than the JMC with a total distance of “only” 24km, it climbs just under 2000m in a shorter distance and many runners who have taken part in both have been known to say the HMC is actually harder. Last up in the Series is the new kid on the block, the Marloth Mountain Challenge (MMC) just outside Swellendam on 9 August. This epic race of 60km will take place for the first time this year on the closed-down Swellendam Hiking Trail and will climb almost 4000m in total.

For more information on the Mountain Challenge Series or any of the races in the Series visit the website at www.mountainchallenge.co.za