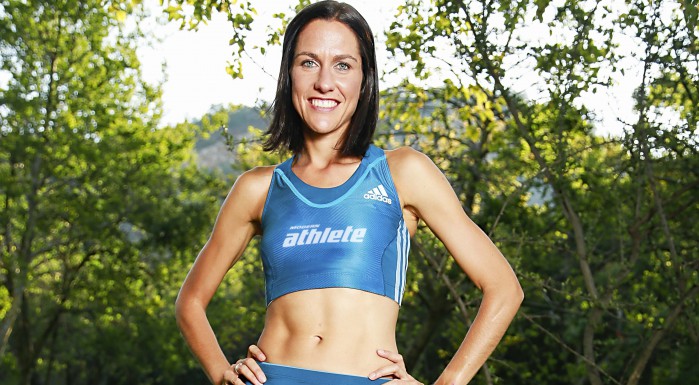 In a unique and exciting move, Modern Athlete has signed South Africa’s top female runner, two-time Olympian and multiple SA Champ Rene Kalmer, as a Brand Ambassador, and she will be flying the Modern Athlete flag at this year’s Old Mutual Two Oceans Half Marathon

On 19 April, Rene Kalmer will line up for her seventh Old Mutual Two Oceans Half Marathon, hoping to win the country’s largest 21km for the third time. She has also finished as runner-up twice, and in the past four years has never finished lower than fourth in the women’s field. She should be in great shape for the race, too, as her training thus far this year has been focussed on the IAAF World Half Marathon Champs in Copenhagen, Denmark at the end of March – the day this edition went to print she was boarding the flight to Europe as part of the six-athlete SA team for these Champs. Thus she has been running 10km and 21km races, including winning the DisChem Half Marathon in Johannesburg, to get her speed up for the Champs.

However, after that Rene says she will revert to marathon training as she builds up to running a Big City Marathon later in the year. “I have not yet decided which marathon I will run, but I would like to run Berlin or Chicago, or perhaps return to Yokohama, where I set my PB of 2:29:59 in 2011. It has actually felt like I have been loafing so far this year, because I was not in training for a marathon, but I am feeling fit and strong, and enjoying being injury-free, so I am ready to step it up now.”


Another thing Rene is looking forward to is her new role as a Brand Ambassador for Modern Athlete magazine. She will represent the Modern Athlete brand at various events and activations, will feature in the magazine as a regular contributor, and will play an integral part in the magazine’s new school and corporate wellness programme. “To the best of my knowledge it’s the first time ever for a running magazine to partner with a professional athlete, so it’s exciting to be part of Modern Athlete’s plans,” she says.

“As a professional athlete, it is all about you and what is best for you, but now I have the platform to really give back to the sport. This will allow me to do so much more that just answering people’s Facebook messages! One of the things I am most looking forward to is the schools programme, given that I used to work as a teacher and really enjoy coaching young athletes. We want to motivate the kids to start exercising, and teach them about nutrition, so it will be a long-term involvement with the schools, and from there we will take it to corporates. I’m really excited about this new chapter in my running career.”


Having run the Old Mutual Two Oceans Half Marathon six times, Rene knows a thing or two about what to expect from your first run.

1 BEFORE THE RACE
When arriving in Cape Town, go straight to the Expo at the Cape Town International Convention Centre to collect your race numbers. The Expo is bigger and better than ever, so you will experience endless energy and get all psyched up, but don’t get carried away and buy new products for race day, as this may cost you dearly.

2 ON RACE DAY
Make sure you have breakfast and stick to what you are used to – you don’t want to make unnecessary pit stops along the route. Then get to the start early, to avoid the worst of the traffic and to give yourself enough time to stand in the Portaloo lines. There is designated parking and the start and finish are within walking distance of each other, but make a mental note of where you park, as a place looks different in the dark!

If you are planning to run with a friend or partner, arrange to meet each other at the first water point in case you lose one another at the crazy start. Also make arrangements where you are meeting friends and loved ones after the race, as the crowd at the finish is huge.

3 AFTER THE RACE
It’s a good idea to carry some money on you, to fuel up immediately after the race, before you start the mission back to your car. Then head to the Forresters Arms, or Forries, which is the place to be for post-race celebrations. And wear your medal with pride, as you worked hard for it!