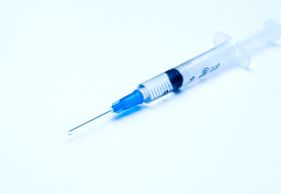 Towards
the end of January, Athletics South Africa (ASA) put out a media release to say
that 11 South African athletes were sanctioned during 2012 for doping offences,
with a further six outstanding cases awaiting finalisation (including that of
Comrades winner Ludwick Mamabola, at the time). The media statement added that
this is a very high number for a single country, even more so given that there
were only four athletes sanctioned in 2011, according the annual report of the
South African Institute of Drug-Free Sport (SAIDS).

As
ASA President James Evans put it, “There is clearly something badly wrong with
the knowledge of the athletes and their support teams. In many cases the
substances were taken out of pure ignorance, but even in those cases where it
was not only ignorance, one gets the sense that some of the athletes felt that
the testers will never catch them. They obviously believed the myth that the
testers are always one step behind the takers. If that ever was the case, it
isn’t any longer.”

CATCHING UP WITH CHEATERS

James
is so right, because in early March the international sporting headlines
included a story that six athletes from Russia
and Belarus had been caught for doping in retrospective drug tests of their samples from the 2005 Track and Field World Champs in Helsinki,
Finland, including three gold and two silver medallists, mostly in hammer throw
and shot put, some of whom had also been Olympic medallists between 2004 and
2012. The frozen samples from Helsinki were re-tested by the International
Association of Athletics Federations’ (IAAF)
just within the eight-year statute of limitations for drug violations laid down
by the World Anti-Doping Code.

That was
followed a few days later by another news report that 17 athletes worldwide
face doping bans after abnormalities were detected in their IAAF biological
passports, which show any changes in an athlete’s blood sample, compared to the
original profile, which could have been caused only by doping. The biological
passport programme was pioneered by the International Cycling Union (UCI) and
introduced by the IAAF in 2009.

“The
biological passport concept evolved out of the realisation that traditional
anti-doping methods were relatively ineffective, and that our insistence on
finding a ‘smoking gun’ in order to detect doping was compromising the fight
against doping,” says Dr Ross Tucker of the Sport Science Institute of South
Africa. “That is, we were naive to think that simply testing for a substance,
either in or out of competition, was going to catch cheats and dissuade
potential cheats. It’s just too easy to avoid detection, and the effect of
drugs persists long after the drug is gone.”

“So
now we have a paradigm shift in doping control, and it involves longitudinal
testing in the form of a biological passport. The concept is that rather than
try to find the substance in the body, we can find its physiological effects.
There is a natural biological variation in blood variables, and unusually large
deviations are flagged as suspicious. By tracking an athlete over time,
anti-doping gets a ‘fingerprint’ that allows any future changes to be detected
in the context of individual physiology.”

Ross points to the stats as evidence of how this
programme is proving effective: In 2001/2002, he says about one in eight
samples tested showed abnormal percentages of reticulocytes, the immature red
blood cells that mature into mature red blood cells. The normal count is
between 0.5% and 1.5%. If an athlete has blood removed and re-infused (as in
illegal blood-boosting), or uses EPO and other banned substances, this count
can go abnormally high or low. When the test for EPO was developed in 2003, the
number of abnormal results climbed substantially, then tailed off again until
just 1 in 10 abnormal results were found. However, since the biological
passport programme has been in place, Ross says the stats now show just 1 in 40
abnormal results, and he concludes that, “Doping has been squeezed down.”

IAAF President Lamine Diack echoed this in a recent
media statement: “The IAAF’s message to cheaters is increasingly clear that,
with constant advancements being made in doping detection, there is no place to
hide. The IAAF will continue to do everything in its power to ensure the
credibility of competition, and where the rules have been broken, will
systematically uncover the cheats.”

Information
on testing procedures and which substances are prohibited can be found on the
SAIDS website, www.drugfreesport.org.za, as well
as ASA website www.athletics.org.za (under Info Centre, Anti Doping).