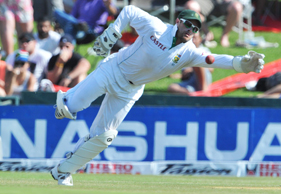 The Bluffer was born in 2008 when 12 guys from Cape
Town decided to support a mutual friend’s training for the 80km Puffer Trail
Run. This saw them cover 100km of trail on the Cape Peninsula over three days, sleeping
over in SANparks camping areas, and they repeated the Peninsula setting for the
next two years’ runs, followed by two years running in the Overberg Mountains
around Elgin-Grabouw and Kleinmond. This year, in early October, the 25-strong
group will head to the Cedarberg Mountains up the West Coast for the 2013
Bluffer, and running with them will be former Proteas cricketer Mark Boucher.

Having decided to support a worthy cause with their
run, the Bluffers chose Mark’s SAB Boucher Conservation charity, which supports
the fight to protect the rhinos, and he was thus invited to join the run. He
admits it’s going to be a tough undertaking: “I’m not used to trail and the courses
I had done previously were nothing more than 14km, so when you’re expected to
cover about 30 to 40km a day, I knew I needed to pick it up in training!
Fortunately I’ve always been a nature lover, so 25km Saturday morning runs around
Table Mountain and Tokai Forest in the recent storms in the Cape were fun.”

Mark says he is really pleased that the Bluffer will
be run on behalf of his charity and rhino conservation. “We look at any species
that need help. Right now, rhinos are on the tip of everyone’s tongues and
we’ve already raised close to R1 million. Once the Bluffer funds are collected,
I’d like to see the money go towards the Onderstepoort Veterinary Clinic, which
is helping build a DNA database for SA’s rhino population. I’ve been out in the
field for darting and DNA sampling operations, and the campaign is getting
there!”