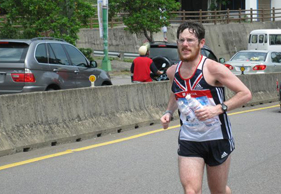 I am 33, married, with two young sons and am also
hard-of-hearing. Without my hearing aids on, I am essentially deaf. However, I
am fortunate to have good quality hearing aids, and they enable me to have
access to the hearing world. You see, I had a complicated birth, where I had to
be resuscitated. I had no muscle tone, and was put on life support. I
eventually recovered my muscle tone, but lost most of my hearing due to oxygen
deprivation. The doctors told my parents they must accept I was retarded and
would need special schooling, and advised them to place me in a home as they
“could always have other children.” Thankfully, my parents did not listen to
these doctors!

I was mainstream schooled. I experienced several communication
challenges throughout my schooling and subsequent university career, but
ultimately, largely through reading the texts on my own, I graduated with a BA,
and later MA (Religious Studies) from UCT, and a PgDip in Journalism (Rhodes). I
have been working as a Researcher with DeafNET Centre of Knowledge in Worcester
for the past five years.

I competed in athletics and cross-country at school in
Grahamstown, being awarded my colours for cross-country in my Matric year. At
UCT, I started to train more efficiently and ran at the SASSU Provincial and
National Champs. I also competed in a few marathons, completed both the Two
Oceans and Comrades twice, and I also completed the Cape Town 100km at the age
of 20 in 1999 and ran the False Bay 50km twice (best of 3:40).

In April 2007, I was hospitalised for a month with a
movement disorder that rendered me unable to move most of my body. At the time,
I was diagnosed with Atypical Parkinsonism. It took me several months to learn
how to walk again. However, I was determined to run again, and secured a good
coach at the end of the year, who guided me towards being selected for the
first World Deaf Athletics Champs in Turkey, 2008, where I competed in the marathon
for Britain (I have dual citizenship, South African and British). I qualified
for the 2009 Deaflympics in Taipei, and again competed in the marathon, but two
months later I relapsed with the movement disorder once again, and it took two
months to recover.

In 2010, I represented Boland Masters at the 2010 SA
Masters Athletics Champs, winning the 10 000m in the 30-34 age-group. Then last
October, I chose to join in running 130km over five days to help raise funds
for the National Institute for the Deaf, and I managed to raise R25 000, but a
week later I relapsed again. The specialists advised then
I would never run again, but my mind told me otherwise.

After my December relapse, I walked with a stick for
almost six months, and had extreme muscle weakness. It was a long road back, but
I have now mostly recovered, and while my times are not nearly as fast as I
used to do, I just LOVE my running. I am so grateful to do what I can do. Being
out there is the reward in and of itself. When you have been in a wheelchair, after
previously having completed several marathons and ultras, and knowing your
self-identity is a runner, and then having to learn to walk again with the aid
of a stick over several months, you start to appreciate life and running with a
deep realisation of what it truly means to be a runner.

It’s not about the records, the provincial and
national selections, the medals even. It’s about being out there, doing it
because you love it. It’s how you breathe. It’s what you do. It IS you. I am a
runner because it is who I am. It is not a part of me. It is me. All of me. And
it always will be.

By the way, I
am currently training for the 2013 Buffs Marathon and the 2013 Two Oceans ultra-marathon.