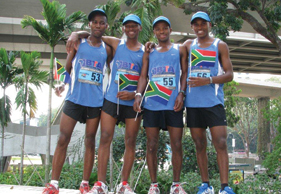 During this event the winning teams from different JPMorgan Chase Corporate Challenge events across the world competed against each other to determine which company runners are the fittest and the fastest in the world.

The dedicated road runners from BTA were way ahead of their competition and thanks to their enthusiasm, they outclassed their opponents, walking away with the honours in a combined winning time of 1:05:37, almost eight minutes ahead of their closest competitors!

Besides flying the SA flag with great distinction, the dedicated foursome enjoyed every moment of their five-day trip and their victory means the BTA name will be displayed at JPMorgan headquarters worldwide.