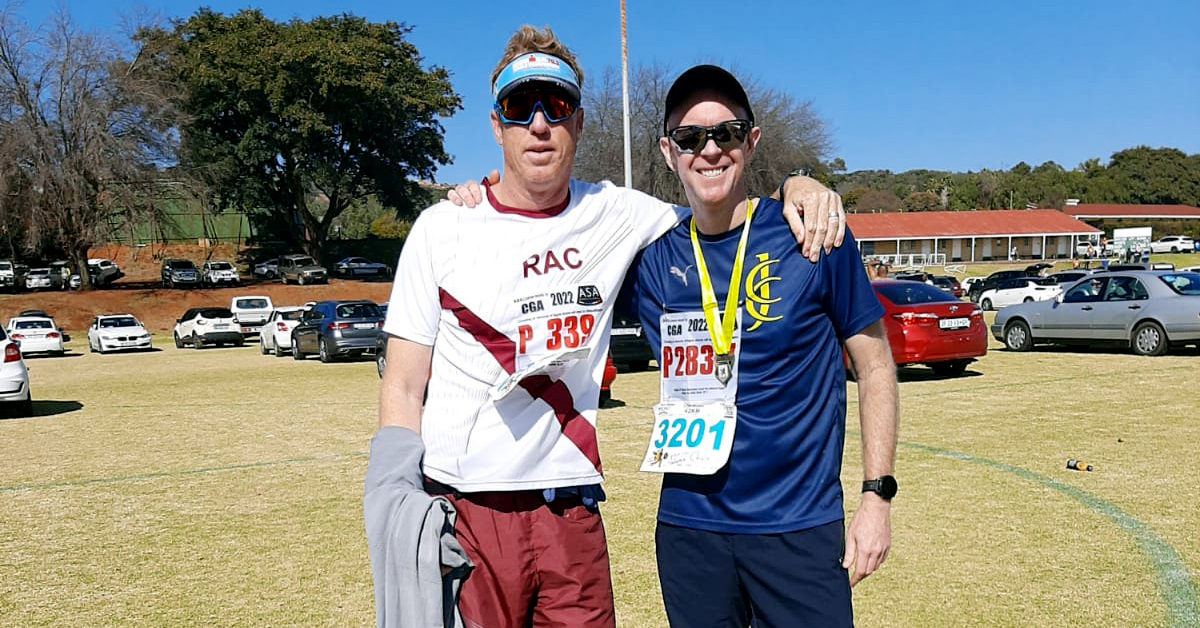 Dylan Rogers is a sports journalist with Johannesburg radio station HOT 102.7FM and part of the Big Joburg Drive Show, which you can catch 3pm to 6pm Monday to Friday on either 102.7FM or streaming on hot1027.co.za. He’ll be running his first Comrades Marathon in August, after accepting a dare from a friend, who has pledged to donate R500 to charity for every kilometre of Comrades that Dylan is able to complete. This is Dylan’s blog of his journey to the Comrades

So, marathon number two under the belt – Run Zone’s Autumn Chase Marathon in Jo’burg – and a bit of a relief that it was a more enjoyable experience than number one. Enjoyable, definitely, because I was stronger and went a bit harder (and survived!), but make no mistake, marathons are hard!

This time I just hit the wall at a later stage, which, I guess, is encouraging. At Midvaal a month ago, I started taking serious gas at 28km, but this time round I lasted until about 38km, after which it was a bit of a struggle, but that was also because I was trying to break 4:30 for the first time, having done 4:42 at Midvaal.

Needless to say, I had to produce a bit of a burst of ‘speed’ towards the finish line to come in at 4:29:33, but the satisfaction thereafter, with the realisation that I’d achieved my race goal, was pretty special. I just needed to hang onto a nearby piece of boarding, to avoid passing out!

Having grabbed the first energy drink I could find, and somehow dipped my head to have the obligatory medal put round my neck, I looked around for any familiar faces. Even though I was a bit woozy, I found the ‘Charging Fanta Bottle’ – running ‘partner’ Byron Hardy – lazing on the grass, and informed him that I didn’t mind him heading off early in the race, because this was something I needed to do myself, and I didn’t want to hold him back.

So, what about some of my other race reflections? Well, I definitely went out slightly harder, trying to aim for a running pace of around 6min/km, but then making sure I walked just about all the water stations and the odd hill, which I obviously did more of in the second half of the race. I was pretty happy to go through halfway in 2:10:36, as I thought that probably left me enough time to get in under 4:30, but I’m still working towards a 2:05 half marathon, as per my Lindsey Parry Comrades Bronze Medal Programme. I’ll get there.

I think the other major take-away was how I’m definitely getting more comfortable running on sore, tired legs. That really is something you’ve got to get your head round, as it’s counter-intuitive. Your body – and your mind – can’t understand why you’re putting yourself through this, but I guess that’s part of the challenge, and this Comrades journey is all about the challenge for me.

Anyway, the legs seem to have recovered well, and after a nice three days’ rest, I was back out on Thursday morning with an easy hour on the road, to be followed by 90 minutes on Saturday and two hours on Sunday. Onward and upward we go, with just less than eight weeks to Comrades!