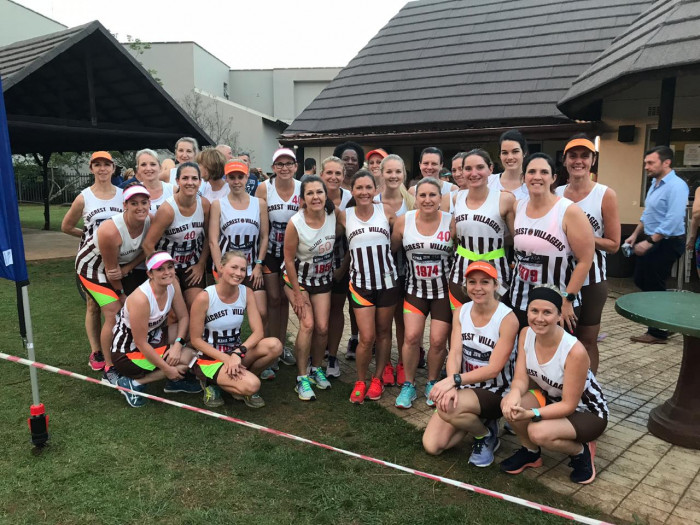 The Threshhold Hillcrest Marathon & Half Marathon celebrates its 40th anniversary on 10 February with a new title sponsor, but the same great race that has become a firm favourite amongst KZN runners.

It was 1978… On Robben Island, Nelson Mandela celebrated his 60th birthday, unaware that in 17 years’ he was destined to become SA’s first black president. Meanwhile, we filled cinemas to watch Superman and Grease. Dallas kept us riveted to TV screens, which had only been in the country for two years. Our own Margaret Gardiner was crowned Miss Universe, and pop royalty Queen were chanting ‘We Will Rock You’ – on vinyl records, of course.

And in KZN’s sleepy town of Hillcrest, with less than 5000 residents, the fledgling Hillcrest Villagers Athletics Club with all of 25 members staged its first club race on 5th February 1978. Roughly 500 entrants took on the 24km from Hillcrest’s rugby fields through the barely developed countryside to Forest Hills and back, and the race was won by DAC’s John Cafetero in a time of 1:24:32.

40 years later and it’s all very different today. In 2019 we’ll probably download the blockbuster Queen movie Bohemian Rhapsody to watch on our smart TV’s, which grew out of their clumsy bunny ears decades ago. CD’s came and went. Now we stream music performed by artists who weren’t even born in 1978. We just recently had a second Miss Universe in Demi-Leigh Nel-Pieters. And Hillcrest is a thriving suburb which, along with Kloof and Gillitts, is now home to about 20,000 residents.

Modern, Vibrant Club
As for Hillcrest Villagers Athletics Club, it is now 350 members strong and one of KZN’s most vibrant multi-disciplined running clubs. But that club race, now called the Threshhold Hillcrest Marathon, has stood the test of time. Although the route changed some years back, February 2019 will see the 40th running of the race, and for the past 30 years, this race has also been the first local marathon qualifier for the Two Oceans and Comrades ultra-marathons.

“It’s undoubtedly one of the most popular races on the KZN calendar and the 3000 entries go quickly,” says club chairman Marc Allen. “Runners like to test their legs early in the year and take some pressure off by achieving their qualifying times for Two Oceans and Comrades early. It’s a relatively fast run, too. Last year’s winning times were 2:31:57 for Tsholwane Jane in the men’s marathon and 3:04:36 by Lisa Collett in the women’s race. The route plays a big part in its attraction, because it’s a very scenic two-lap course through a tree-lined, shaded route into Winston Park, and the crowd support is always good.”

“We still have a few of the original members from 1978 in the club and it’s fascinating to hear their stories. The Club’s 42 years old this year, so it’s older than myself and many of the members, but all of us really feel that sense of tradition keenly, so to be putting on the race for the 40th time, and with a new headline sponsor in Threshhold, is very exciting. We’re pulling out all the stops to ensure this year is extra memorable.”

The Ideal Supplement
Threshhold, which is a natural supplement that’s clinically proven to provide support and protection for joints, cartilage and ligaments as well as relief of pain and inflammation, comes on board as headline sponsor after co-sponsoring the event in 2018. Made from the world’s best researched and purest form of MSM (OptiMSM), Threshhold is particularly beneficial to runners who often experience joint and muscle strain or injury with inflammation, especially as the season progresses. Used daily, Threshhold helps to prevent injury and strain plus enhances performance by acting as an antioxidant, stimulating muscle and tissue repair, and shortening post-exercise recovery time. In the event of injury or strain, Threshhold is also an effective natural anti-inflammatory that helps repair connective tissue damage.

If that doesn’t already make Threshhold seem the perfect running partner for the Hillcrest Marathon, this may: MSM was first discovered by Harvard-educated Dr Stanley Jacob of the Oregon Health & Life Sciences University in the US in… you guessed it, 1978!