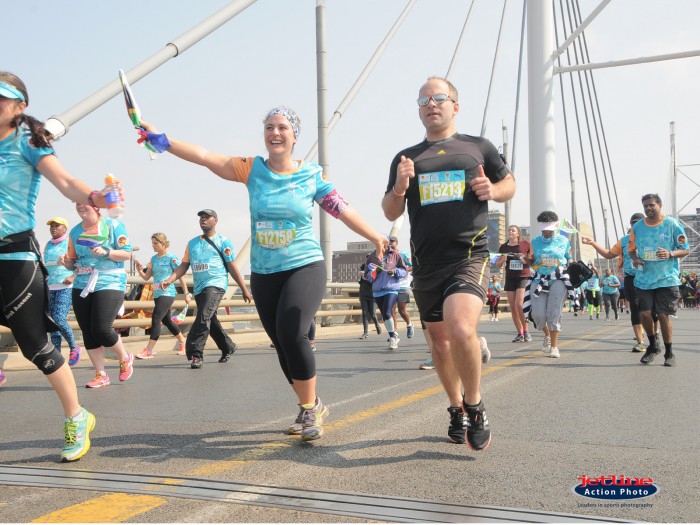 During the Old Mutual Two Oceans Marathon Expo, I did a quick filmed interview for a social media platform and was asked where I would be supporting the runners during the ultra, as a vibe point commentator. As I was answering, a colleague piped up in the background, “Ask him when he’s finally going to join us in running an ultra.” That got me thinking about a debate that I have listened to – or participated in – many times over the years, and it usually starts with somebody referring to ‘real runners.’ – BY SEAN FALCONER

There are some runners in South Africa that believe you’re not a real runner until you join a club and begin racing regularly, while others say you graduate to ‘real runnerdom’ once you’ve done a marathon. Others take it a step further and say you need to run an ultra-marathon, and of course, there are many who believe that real runners must do the Comrades. In fact, you have to do an Up Run and a Down Run to really be called a real runner!

This mindset was driven home when I listened to that same interviewer chatting to multiple SA Champ in road, track and cross country, Nolene Conrad, a few minutes later. She had just returned from the World Half Marathon Champs in Spain, where she had blitzed a 71-minute time to take more than a minute off her PB, but more importantly, had run an IAAF Gold Label qualifier. This means she will now be in line for elite, paid invites to the top standard distance races around the world. That is a huge achievement!

In other words, the last thing she is likely thinking about right now is running a 90km ultra… but here she was being asked when she plans to run the Comrades. Not if, but when, as if it is a given. Now I know that particular interviewer is a very keen Comrades runner himself, and he has an infectious enthusiasm for all-things Comrades, but I couldn’t help shaking my head.

Don’t get me wrong, I love the ultras, even though I have chosen not to run them as yet, but I understand that runners like Nolene are focused on shorter distances, because that is where their strengths lie, or where they are enjoying success in their careers. They may step up to the ultra in the future; then again, they might not… and that decision should not decree whether their running is real or not. The same goes for every Average Joe runner out there.

What it boils down to is that I believe there is no such thing as a ‘real runner.’ Because that would imply that there are false, unreal or half runners, wouldn’t it? No, I say that if you put one foot in front of the other, be it fast or slow, going long or short, racing or jogging, you are a runner. And that’s a badge of honour that we are all entitled to wear, no matter how far or how fast we run. So just lace up your shoes and go run. That’s keeping it real.