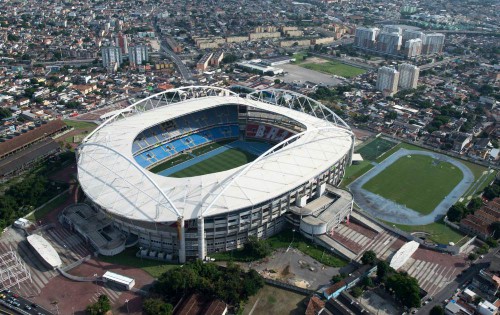 6 Aug 201617 May 2019 Modern AthleteEvent Update!
Share
Tweet
0 Shares
The 2016 Olympic Games in Rio started this week and are scheduled to run till the 21st of August, with a sizable contingent of South Africans set to be part of the action in Brazil. Of the 137 competitors in Team South Africa, the individual sporting code with the biggest presence in the team, other than team sports such as football, is once again athletics, with 39 athletes going to the Games. – BY SEAN FALCONER
The world’s sporting focus shifts to Rio this week for the start of the Olympics, with 306 events across 42 sporting disciplines on the schedule, featuring athletes from 206 countries and taking place in 37 venues in and around Rio. As always, there are high expectations for many world class athletes, notably within the strong athletics team sent to the Games by South Africa.
Our team features an exciting mix of highly experienced athletes with Olympic, Commonwealth Games and World Champs experience, such as former Olympic silver medallist and World Champion Caster Semenya(women’s 800m), Olympic finalist and Commonwealth Champion LJ van Zyl (men’s 400m hurdles), World Champion Wayde van Niekerk (men’s 400m), World Champion and Commonwealth gold medallist Sunette Viljoen (women’s javelin) and World Indoor Champ and Commonwealth Champ Khotso Mokoena (men’s triple jump).
Alongside them are up-and-coming athletes hungry to prove themselves on the biggest athletics stage, including high school sprinting prodigies Tlotliso Gift Leotlela and Clarence Munyai, both recently returned from the Junior World Champs, where Gift won a silver medal in the 200m and Clarence recorded a fourth place. Four athletes in the team – Caster, Wayde, Wenda Nel and Stephen Mokoka – all qualified for more than one event, but will only concentrate on their speciality event.
In terms of strong medal contenders, all eyes will be on Caster in the women’s 800m, as she broke the SA record and ran the fastest time in the world for the year in mid-July, while Wayde is reigning World Champ over 400m and looks to be in scintillating form, having run world class times (and Olympic qualifiers) from 100m to 400m in recent months. In the field events, Sunette is always in contention for a podium finish in the women’s javelin, and there are high hopes of a medal in triathlon from Richard Murray, who appears to have returned strongly from a recently broken shoulder bone. Other events where South Africa traditionally does well include the men’s 400m hurdles and long jump, but all of our athletes have the potential to medal if they perform well in Rio.
The full teams for athletics and triathlon are:
ATHLETICS
Women: Carina Horn, Alyssa Conley, Tsholofelo Thipe, Justine Palframan, Caster Semenya, Wenda Nel, Dominique Scott, Lynique Prinsloo, Sunette Viljoen, Anel Oosthuizen
Women’s marathon: Irvette Van Zyl, Christine Kalmer, Lebo Phalula
Men: Akani Simbine, Henricho Bruintjies, Tlotliso Leotlela, Clarence Munyai, Anaso Jobodwana, Wayde van Niekerk, Jacob Rozani, Rynhardt van Rensburg, Elroy Gelant, Stephen Mokoka, Antonio Alkana, Lindsay Hanekom, Louis (LJ) van Zyl, Le Roux Hamman, Ruswahl Samaai, Luvo Manyonga, Stefan Brits, Khotso Mokoena, Rocco van Rooyen, Willem Coertzen, Lebogang Shange, Wayne Snyman, Marc Mundell
Men’s marathon: Lusapho April, Sibusiso Mzima, Lungile Gongqa
Managers/Coaches: Irma Reyneke, Paul Gorries, Terseus Liebenberg, Maryna van Niekerk, Pieter Lourens and James Moloi
TRIATHLON
Women: Gillian Sanders, Mari Rabie
Men: Richard Murray, Henri Schoeman
Manager/Coach: Kate Roberts, Lindsey Parry
INCENTIVES FOR MEDALS
In good news for the athletes and coaches going to Rio, SASCOC announced an incentive programme for the Games that will see medallists and their coaches receive a healthy pay-out as reward for their efforts, with 80% of the money going to the athlete and 20% to the coach. So, an individual gold medallist will pocket R400,000 and the coach R100,000, a silver medallist will take home R200,000 and the coach R50,000, while a bronze medallist will earn R80,000 and the coach R20,000. The same amounts will be paid to any teams that earn medals at the Games, including relay teams, with 80% to be split equally amongst all team members, and 20% to be paid out to the head coach of that sport or event.
SCHEDULE OF EVENTS
The games kicked off on Wednesday 3 August when the SA women’s soccer team took on the Swede’s in an opening group stage match and unfortunately lost 1-0 to a late goal by the Scandinavians. On Friday the Archery events get under way, followed by Judo, Fencing, Hockey, Rowing and Rugby Sevens. With a whole lot of events on the go, the Modern Athlete team will keep you up to date on the latest news from the Athletics, Triathlon and Cycling events.
Modern Athlete would like to wish all of our South African athletes the best for the Rio Olympics. We will be watching your progress and cheering you on from across the Atlantic Ocean, hoping you bring back the medals that your efforts deserve!