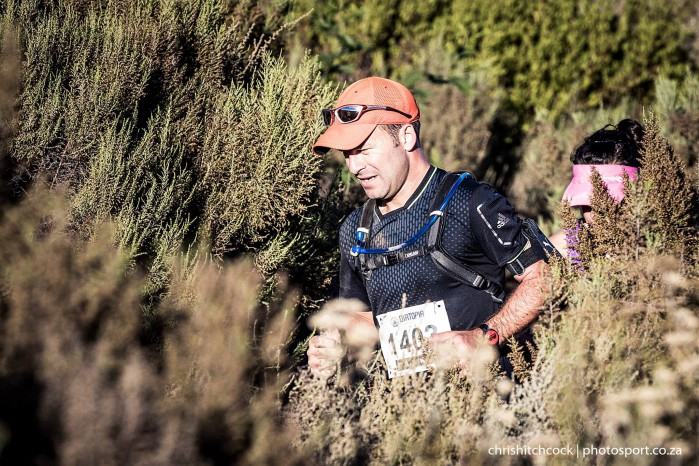 19 Aug 201617 May 2019 Modern AthleteColumns
Share
Tweet
0 Shares
I think that setting running goals and using structured training programmes do work, but sometimes you can just run purely for the joy of running.
A clubmate recently told me she was scrapping her plans to run a big upcoming marathon because the intense training was getting to her. Not in terms of being too physically hard, but in the sense that she was no longer enjoying her running and thus no longer motivated to train for the event. I responded that sooner or later all runners have to reassess their goals. For example, perhaps you planned to run Comrades this year for the first time, but realised you’re not yet ready to step up to that distance and had to shelve the plan for another year.
That’s not failure, that’s just the way it is, I told her. Rather take a step back and reassess your goals, making them achievable and enjoyable, than push yourself beyond your physical and emotional boundaries, to the point that you end up exhausted, injured, and out of love with your running. And remember that we all go through this, so don’t feel alone.
Since talking to her, I have given it some more thought, particularly in the context of my own running. I lost interest in going for fast times early in my running career and took to the social side of the sport, seeing it as an extension of my job as a running journo as well as fun, and thus I have seldom run with a specific goal in mind. I just run because I enjoy it, without any specific time, pace, mileage or racing goals in mind. (OK, these days I do think about reducing my middle-age spread…)
Granted, I did still have some ‘big running years,’ like the year I decided to do my first marathon, when I upped my training, ran a 30km race, then a 36km, and then the full. I briefly played with the idea of using that fitness to step up to my first ultra, but that simply didn’t appeal to me at the time and so I went back to my favourite race distance, the half marathon, and did more than 30 of them that year.
Another big year saw me join a 1000km challenge and ‘pledge’ to go after 1000km in racing kays in a year. I didn’t quite make it due to a combination of injury, illness and work commitments, finishing with just over 800km, but I wasn’t disappointed, as I had really signed up for the challenge to get to know more people and freshen my running up. I made some really good running friends that year, many of whom I still regularly share the roads and trails with.
Listening to my clubmate talk about needing to set herself goals to train for, I realised yet again that I have never run like that. Granted, running is my job, per se, and I don’t feel the need for specific goals to motivate me to continue running, but even before I became a journo on a running mag, I never really set myself strict goals and embarked on training programmes to reach them. I just ran – because I enjoyed it. Now I’m trying to work out whether this a good thing or a bad thing, whether I’m lucky to fall into this category or whether it’s actually something that has held me back all these years. Would I have achieved better times and run longer races if I had set goals and if I had followed structured training programmes? Would I already have several Oceans and Comrades medals in my collection? Would I have permanent numbers?
I guess the answer is yes, I probably would have gone faster and further if I had done structured training, and perhaps I will still do so some day, but I have no regrets that my running has been so relaxed and socially motivated for much of the last 20 years. At the same time, respect to those who use structured training programmes to keep themselves going and motivated.
But make sure you still enjoy it. I believe that is the secret to good running, no matter how hard it may get. As long as you can still tell yourself that you enjoyed your run, then you should have no problems motivating yourself to go for the next one.