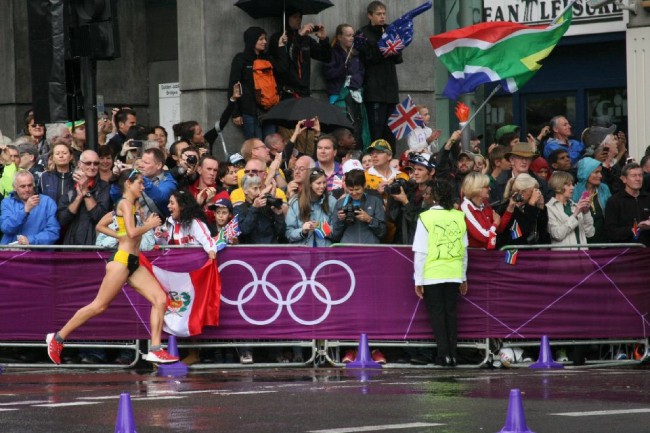 12 Apr 201617 May 2019 Modern AthleteColumns
Share
Tweet
0 Shares
After missing out on the Old Mutual Two Oceans last year, followed by a long injury lay-off during the second half of the year, I was more than happy to be able to start the Oceans Half this year, as part of a wonderful week in Cape Town. – BY RENÉ KALMER
Last year I suffered real FOMO (fear of missing out) with the Two Oceans weekend, as my sister Christine and I were forced to be spectators, supporting the #KalmerKerels in their Two Oceans debuts. At the time Christine and I were about to head to Austria for the Vienna City Marathon the following weekend, where Christine made her marathon debut and clocked 2:39. It is amazing to think that it’s a year later and she currently has the leading marathon time (2:33:47) for SA women, with only one month left for qualifying for the Rio Olympic Games in the marathon!
My husband Andre and I arrived in the Mother City on the Wednesday morning before the race, making sure we were not missing out on any of the Oceans action. Thursday we made our way to the Expo for a fun Q&A with Ross Tucker and fellow adidas teammates like Caroline W?stman, Tanith Maxwell and Jenna Challenor. Then Caroline and I rushed to the adidas headquarters to hand over shirts and have lunch with the adidas staff also participating in the weekend's races, and I realised once again how blessed I am to be part of the ‘adi-family.’ Next we rushed over to the Vineyard Hotel for the book launch of Dewald Steyn's The History of SA cross country, distance running and walking from 1894-2014. It was a great honour to rub shoulders with SA legends like Elana Meyer, Fanie van Zijl and Ewald Bonzet.
The KPMG Modern Athlete Pasta Party on the Thursday evening was another highlight. Listening to a legend such as Colleen de Reuck sharing her words of wisdom was very inspirational to everyone who attended this amazing evening, and Caroline's From Couch to Champion talk had everyone listening with great interest. Seven years ago she had been a recreational runner trying to lose some weight after the birth of her daughter, and there she was standing as the reigning Two Oceans, Comrades and Om die Dam champion. Her video clip showing how she passed the Russian leader at Two Oceans 2015 had everyone crying with laughter… A great evening, apart from the shaky MC – some guy name Sean… 😉
Ready to Run
Race day arrived and I was very happy with how things turned out. After the long lay-off, I was both nervous and excited to be back racing. Although I finished fourth, the most important was that I ran without any discomfort or further injury. Really looking forward to the rest of the season and getting my fitness back to compete for podium finishes again. And I am happy to report that Andre and Aiden (Christine's boyfriend) managed to once again sneak in just before the final cut-off… 6:57. They call it “great pacing,” we call it “too close for comfort.”
The rest of the week was spent relaxing with friends, enjoying the Cape scenery, watching a summer concert at Kirstenbosh Gardens, amusing the penguins at Simons Town, shark-spotting at Muizenberg, fish & chips at Hout Bay… Not forgetting training runs along the legendary Promenade and a track workout at the beautiful new Green Point Stadium. I also drove the full Two Oceans Ultra Marathon route for the first time. They don’t call it the “World’s Most Beautiful Marathon” for nothing. Maybe one day…
Share
Tweet
0 Shares