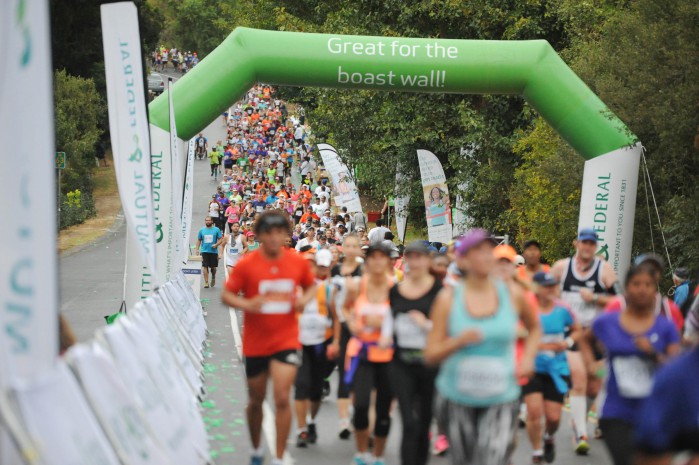 The Old Mutual Two Oceans Ultra and Half Marathon will again take to the roads of Cape Town on Saturday, 26 March 2016. As of Monday, 15February 2016, there were 7816 male entrants and 3184 female entrants. What makes this so amazing is that of these entrants, 4353 are novice runners taking on the World’s Most Beautiful Marathon for the first time.

This year, The Two Oceans Marathon Initiative (TOMI) will be the selected charity. TOMI is the official fund raising initiative that will provide much needed funding for a select group of charities that meet their various criteria.

The Old Mutual Two Oceans Marathon would really like to spread the love and feel that having a group of charities that benefit from their event is the way forward. The priorities lie with ensuring that the education and sporting needs of children are met, education facilities are provided and upgraded, and environmental issues involving various parks, flora and fauna, as well as animals both on land and in the water, are included.

The Old Mutual Two Oceans Marathon has once again been awarded the International Association of Ultra runners (IAU) Gold Label Status, adding even more to the events global prestige. The IAU introduced the IAU Labelling for events to ensure that the race course is measured to conform to the IAAF regulations – especially important when a World or Continental Best Performance is run.

The Old Mutual Two Oceans Marathon Expo is perfect for all sporting enthusiasts, allowing them to experience the latest and greatest trends in the running and sporting arena and at the same time, it gives everyone an opportunity to become part of the exciting atmosphere leading up to the event.

The Expo will take place at the Cape Town International Convention Centre at the bottom end of Long Street, Cape Town, and will run from Wednesday, 23 March to Friday, 25 March, with Expo hours from 9am to 7pm on the first two days, and then 8am to 5pm on Good Friday.

The Old Mutual Two Oceans Marathon has officially signed up with the Modern Athlete Magazine’s #runclean campaign in order to stop the littering problem in road running in South Africa. The event already has a terrific track record of waste management, however, the organisers want to still go cleaner and greener in 2016.

Not only will there be more bins along the route, but special litter catchment cages will be constructed along Chapman’s Peak Drive, one of the most environmentally sensitive areas of the route.