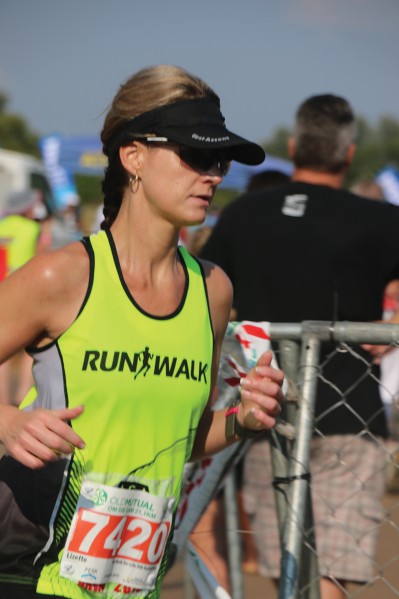 I haven’t written much about running lately, and to be perfectly honest, I’ve sort of been avoiding all things running-related… because when you are no longer able to run, you sort of run out of things to write about. So, instead, I’ve put together a list of all the things I’ve been thinking for the past month and a half… but have been a little too ashamed to admit.

Coming to terms with a running injury is like handling any sort of grief. It’s normal to go through stages as you learn to cope:

1 Denial:I’m not injured! So what if it hurts to walk. I just tweaked something – a few days and I’ll be as good as new.

2 Anger:I hate my body. Why does it fail me all the time? What did I do to deserve this?

4 Depression:I will never be able run again for as long as I live. What’s the point of even hoping? My life is over!

5 Acceptance:Okay, so maybe I need to take a break for a little while. If I rehab and stay smart now, I should be back running soon. Rest now will make me stronger than ever.

However, what is probably not so normal is the fact that I’ve been cycling back to depression more often than I would like to admit. Every time I come to a place that seems like acceptance, then a few days go by and I’m still in pain, and I go right back to feeling as though I’ll never run again. Logically, I know I’m being ridiculous, that my injury isn’t really all that bad, and that there’s a chance I’m being just a tad overdramatic… but logic doesn’t always win. Plus, letting myself wallow in despair gives me an excuse to be lazy, which is much easier than sticking to an alternative cross-training regimen. And I have not been as good about rehabbing my knee as I’d maybe like you all to believe.I blame it on that whole despair thing.

Meanwhile, my training partners are running faster than ever. I don’t know why they chose the time that I’m sidelined to take running so seriously, but it’s driving me nuts. I don’t know whether to be proud or hate their guts! This is the fact that I’m probably the least proud of: Even though I am very happy for them, reading about their success further highlights my own failings.

At this point, I’ve tried everything.I got new running shoes. I had myself convinced that if I wore shoes with a low heel-toe offset, focused on my form, and shortened my stride, my knee problems would go away. And it worked… for a few kays, but the pain always comes back. While I do think there are some mechanical issues with my stride and form that contribute to the pain, clearly changing how I run isn’t going to make it suddenly go away (though hopefully might help prevent injury in the future).

Taking my own advice…

The only thing I haven’t tried for real is sustained time off. Yes, I took two weeks off in January, but since then I’ve tried running a couple of times a week. And where has that gotten me? Only a little bit better… and infinitely more frustrated. Because when it comes down to it, I am awful at taking my own advice. I can talk all day long about the benefits of rest, but have I actually been doing it? When I look back at the past couple of weeks, the truth is I have not. Running less is not the same as not running at all.

I think it’s about time I come to terms with the fact that the only thing that will help is time off. I’m trying hard to move into this whole acceptance phase and stay there. But more than my desire to run fast is this overwhelming urge to just run. To feel the wind in my hair, the blood pumping in my veins, the feeling of my heart about to beat out of my chest. To once again lose myself in a long run, to know that my legs can carry me, to feel strong, to move without pain. What I wouldn’t give for a run without pain.

My biggest confession as an injured runner? I am not handling things well. Not all the time, anyway. I know that life is good and that my injury is not all that serious. And that (hopefully) in a few months’ time, this will all be a distant memory. Sometimes it’s just hard to see the forest through the trees…