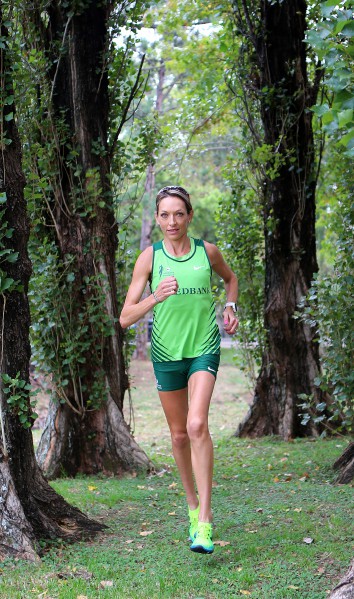 No race has ever been won by dotting down something on a piece of paper.

Nevertheless, Lindsey Parry is confident that Charné Bosman (Nedbank) will have a realistic chance of winning the Old Mutual Two Oceans women’s ultra-race on Saturday if she sticks to their agreed race plan.

“I don’t like to put pressure on Charné, but the time I have in mind for her to run would have won ten out of the last 11 Two Oceans races.  On Saturday it will all be about the plan rather than the victory. If somebody runs a faster time, so be it.  We cannot control what the other athletes do,” said Parry, who is a head coach at Tuks/HPC.

Parry’s philosophy to racing ultras is quite simple.  According to him, an athlete who is in good shape should not waste it. Apparently his positive approach is working. Last year Caroline Wöstmann (KPMG) won both the Comrades and the Two Oceans and Bosman finished 2nd in the Comrades and 5th in the Two Oceans.

Bosman is moderately confident this time round because she has been injury free since 2014. However, she emphasizes that in ultra-races there are never any guarantees.

“Three weeks ago, on my last long training run, I ran 45 kilometres of the Two Oceans route and it made me realize again that the biggest mistake to make will be to start off at a too fast pace. So don’t count me out if I am not among the front runners at Chapman’s Peak. As far as I am concerned the real race will only start at Constantia Nek. It is a tough climb with a gradient of about 12% compared to the 6% gradient of Chapmans Peak, therefore it is important to start the Constantia climb with relatively fresh legs. In 2013 when I finished second in the Two Oceans I made up nearly three minutes on the frontrunners on the climb,” said Bosman who trains at the HPC.

Bosman, who turned 40 last year, believes that she is now stronger than she has ever been.

“I can honestly say I don’t feel as if I am 40 years old. The positive thing about ageing is that you also become wiser, which is good when it comes to racing ultras.”

As was the case last year, Bosman will again wear pink to create awareness for cancer.

“Actually this time the true reason why I will be wearing pink will be because I will dedicate my race to Riana van Niekerk. I still cannot believe that she died in February. I truly miss her.”

Van Niekerk, a four-time Comrades gold medallist, has died after a nine-month battle with pancreatic cancer. She was only 39.

Be sure to follow Charne' Bosmans' journey this weekend!