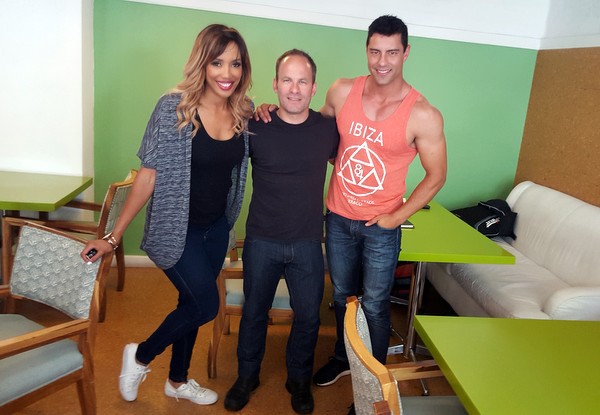 Sometimes we have voices in our heads that can prevent us from getting out the front door to go running, and sometimes we find new voices that can get us going. – BY SEAN FALCONER

A few weeks back it had just gone 5pm and I was contemplating getting changed into running kit to go meet up with the 6pm Monday evening running group at the entrance to the Jonkershoek Nature Reserve near my home in Stellenbosch. However, I was feeling a bit tired after a long day in front of my computer, and I was this close to just skipping the run.

The excuses were already forming in my head – leading the charge was that the south-easter had come up and it was just a wee bit too windy for my liking – but luckily for me some running friends then started chatting about going for a run on one of our WhatsApp groups, and that spurred me into movement. I duly went to meet up with the group and ended up having an absolutely stupendous run! Didn’t even notice the wind…

In the next few days I did various interviews for our December edition, currently in stores and available online, and some of them really made me stop and think about how easy it is to fall into the trap of making excuses not to run, or convincing yourself that you don’t have time to train. And that made me ask myself, what is my excuse?

It started when I met up with Brian Key, all of 77 years old, a great-grandmaster that I have shared a few trails with over the years, although he is normally considerably faster than me. In spite of his age, Brian still hits the trails on Table Mountain as often as he can, and given that he lives in a very steeply hilled suburb of the Mother City, he often does hill sessions on the roads as well. No excuses, he just gets out there and runs, because he simply loves to run… and if he can do it, what is my excuse?

Then I spoke to Jaap Greyvenstein, a para-athlete from the Eastern Cape who lost part of his right leg when he fell under a train at the age of 21. Many years later he took up running and went on to do hundreds of marathons and ultras, but now he is struggling with his prosthetic running leg and is desperately in need of a new one, but can’t afford it. And yet he still runs every day. In fact, he runs twice most days! If he can do it, what is my excuse? (Side note: The article on Jaap led to a number of people contacing Jaap and his friends to offer help, which really makes me happy – great to know the mag can have such a positive influence on people's lives!)

The third interview really got me thinking when I chatted to Expresso TV hosts Ewan Strydom and Leigh-Anne Williams, two ultra-busy celebs that sometimes put in 16-hour work days and are often on the road – and yet they both make sure to fit in time for regular training. And it’s not just because they’re on TV and have to look the proverbial part, but because they genuinely enjoy training and feeling healthy, and thus they have made training part of their lifestyle, instead of a ‘chore.’ If they can do it, what is my excuse?

Throw in René Kalmer’s column on what it is like to be a professional runner who must train right through the Festive Season holidays, when everybody else is relaxing and taking time off, and add the Training column by Ray Orchison on holiday maintenance training, and you see a strong theme running through this edition, that there is no excuse for making excuses for not running or training. No matter how busy you think you are, or how tired you may feel right that moment, or how hot it is, or how windy it is, or how anything for that matter, you can still make a plan to fit in an enjoyable and satisfying run. And you’ll feel like a million bucks afterwards – especially if you first had to overcome the excuses in your head!

So if you are prone to making the odd excuse not to get out there and run, I suggest you read these articles – simply click on the names highlighted above and you'll go straight to the articles – and then tell those voices in your head to pipe down, because there’s a new sheriff running this town!