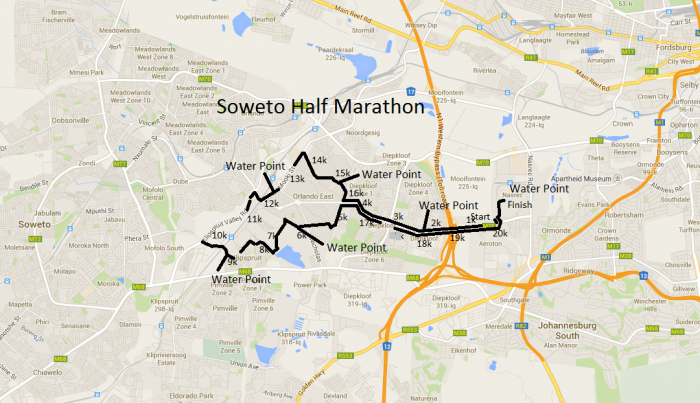 Everyone who knows the route advises that you should keep something in reserve for the last part of the Soweto Half Marathon. And this year’s 21.098 km route is no exception.

After starting at Nasrec, the half marathon runners will turn right onto Rand Show Road and cross the N1.

They will then turn right into Klipspruit Valley Road and then right again into Sofasonke Street, followed by a left turn into Mooki Street. This road will take the runners past the Orlando Stadium before turning left into Senaone Street and then left again into Jolobe Street. Shortly after that, another left into Thibeng Street will take the runners to a right turn into Mofokeng Street.