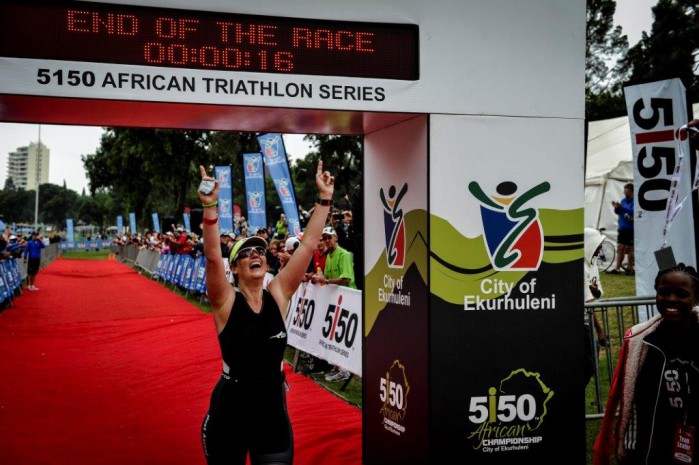 The Standard Bank 5150 Ekurhuleni African Championship takes place for the third time having become one of the most popular triathlons in South Africa. The event is the flagship race in the Standard Bank 5150 African Triathlon Series and one of sixteen 5150 races across the globe.

This year’s race will see a total of 1231 individual athletes from 17 countries competing including 16 professional athletes and 30 teams, the largest field for a non-drafting triathlon in Africa this year.

Germiston residents and spectators will be treated to a feast of world class racing with athletes such as Henri Schoeman and Wian Sullwald who are known for their exploits on the world stage. Schoeman was part of the mixed relay team that won silver at the 2014 Commonwealth Games in Glasgow.

Schoeman, who has dominated this race over the past two years, will defend his title for the second successive year with Sullwald once again offering the strongest challenge. Rudolf Naude has shown a lot of promise this year and will also be a contender for a podium finish.

Andrea Steyn, like Schoeman, has never been beaten at the Standard Bank 5150 Ekurhuleni African Championship and defends her title for the second time after wins in 2013 and 2014. The vastly experienced Lucie Zelenkova will be tough competition for Steyn.

“We are always encouraged by how many new athletes enter this race and the team category is another great way for people to get their first taste of what triathlons are all about,” says Paul Wolff, Operations Director of IRONMAN South Africa.