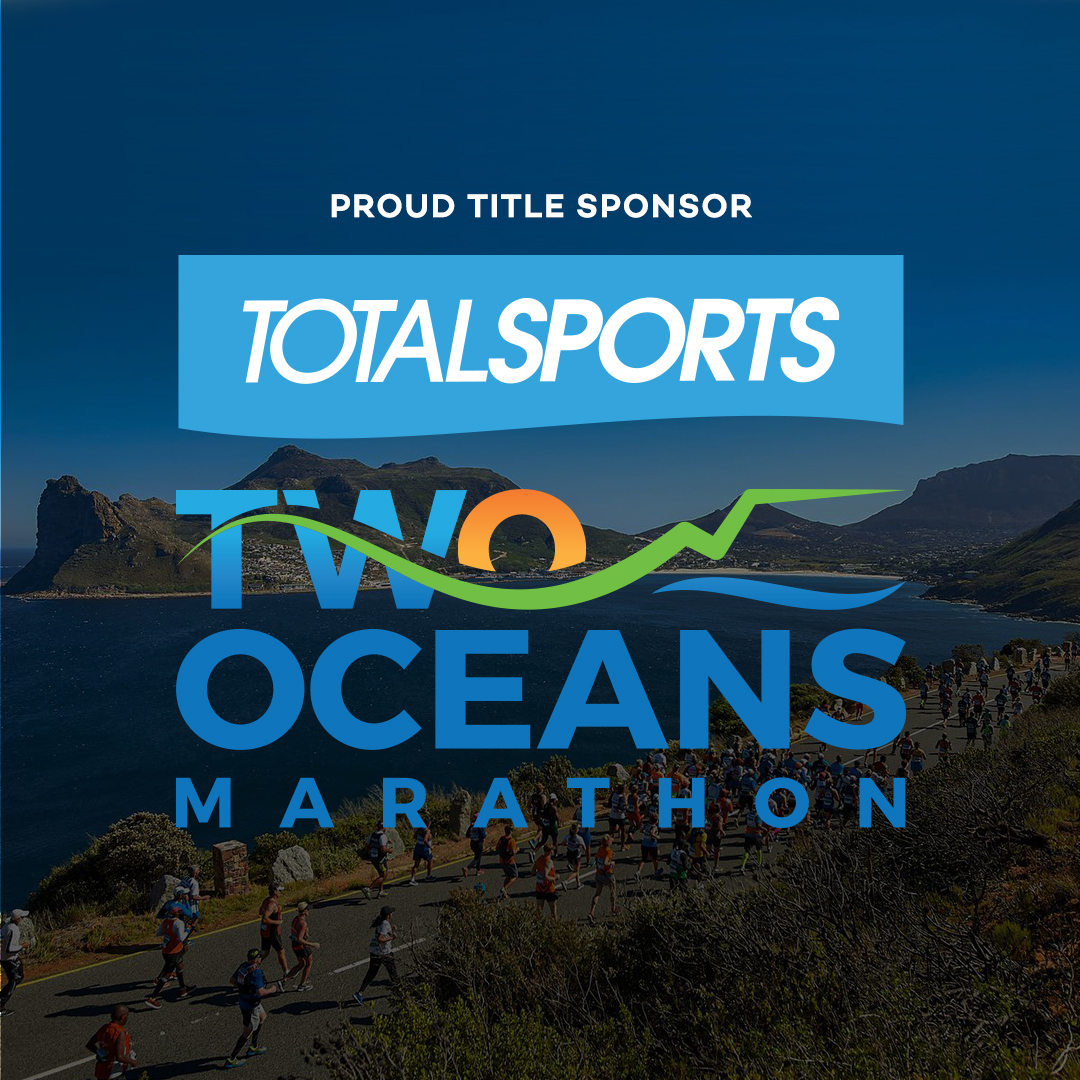 Totalsports, part of The Foschini Group (TFG), is proud to announce that it has entered into a three-year agreement as the new title sponsor of Cape Town’s iconic Two Oceans Marathon, which will now be known as the Totalsports Two Oceans Marathon. The sponsorship supports the return of one of South Africa’s most prestigious running events after a two-year absence due to the COVID pandemic.

“We fully appreciate the heritage of the Two Oceans Marathon and we are honoured to be the title sponsor,” says TFG CEO Anthony Thunström. “Totalsports is a firm believer in the unifying power of running and our investment is a celebration of the enduring spirit of runners everywhere, in overcoming the challenges of the past two years. It’s great to finally see our running community excited about taking part in landmark events like Two Oceans again.”

The Two Oceans Marathon (TOM) will once again be run over the Easter Weekend, but for the first time in the event’s history, the race will be run over two days. While the Half Marathon takes place on Saturday 16 April, the Ultra Marathon will be run on Sunday 17 April. Entries opened on Friday 11 February and will close at midnight on Sunday 20 February, with ballot draws taking place on Monday 21 February to determine which entries will be successful.

TOM Race Director Debra Barnes says, “We are excited to be staging our world-class, globally iconic event in partnership with Totalsports, a leading retail sports apparel brand. The commitment to enhancing the runner experience underpins much of who we are as an organisation, and when it comes to doing more for the runner, we could not have asked for a better alignment than with a brand that is as runner-centric as we are.”

The 2022 running of the ultra will be its 51st since inception for this jewel event on the Western Cape’s calendar of highlights, and an economic impact study showed that the 2016 event contributed up to R670 million to the local provincial economy annually, making it one of Africa’s biggest running events when measured by this metric.

In speaking to this new and exciting partnership with Totalsports, TOM NPC Chairperson William Swartbooi says, “In building this organisation, we trust those who add value, and value those whom we trust. We are confident that this partnership represents a value-add on several fronts, but most importantly for our key constituents, our runners.”

President of Athletics South Africa, James Moloi, has also warmly welcomed news of the sponsorship: “We welcome on board the new partners of the Two Oceans Marathon, Totalsports. This welcome sponsorship will continue the tradition of offering career development for athletes, coaches and teams,” he says. “I take this opportunity to congratulate the race organisers on the new sponsorship and trust that it is a beginning of a long relationship between the two parties.”

Totalsports Head of Business, Jonathan Stein, adds, “We are committed to making running accessible to all South Africans, no matter the goal, distance, or motivation for running. We want to inspire runners to live their best lives, and we know many runners dream of completing the Totalsports Two Oceans Marathon. It represents inclusivity, the natural beauty, and protection of the environment, as well as the excellence of the athletes who compete, and the world-class standards the event has maintained over its long history. As the leaders in running footwear and apparel, we share these values and look forward to supporting the Two Oceans Marathon to come back stronger than ever.”

As part of its support for the sport of running, Totalsports also sponsors the Phantane running club, promoting the development of elite athletes from disadvantaged backgrounds. Members of the club who are expected to participate in the 2022 Totalsports Two Oceans Marathon include KZN marathon champion Bonginkosi Zwane and 2:11 marathoner Sboniso Sikhakhane, who will both run the 56km  ultramarathon, and Mbuleli Mathanga will tackle the half marathon.