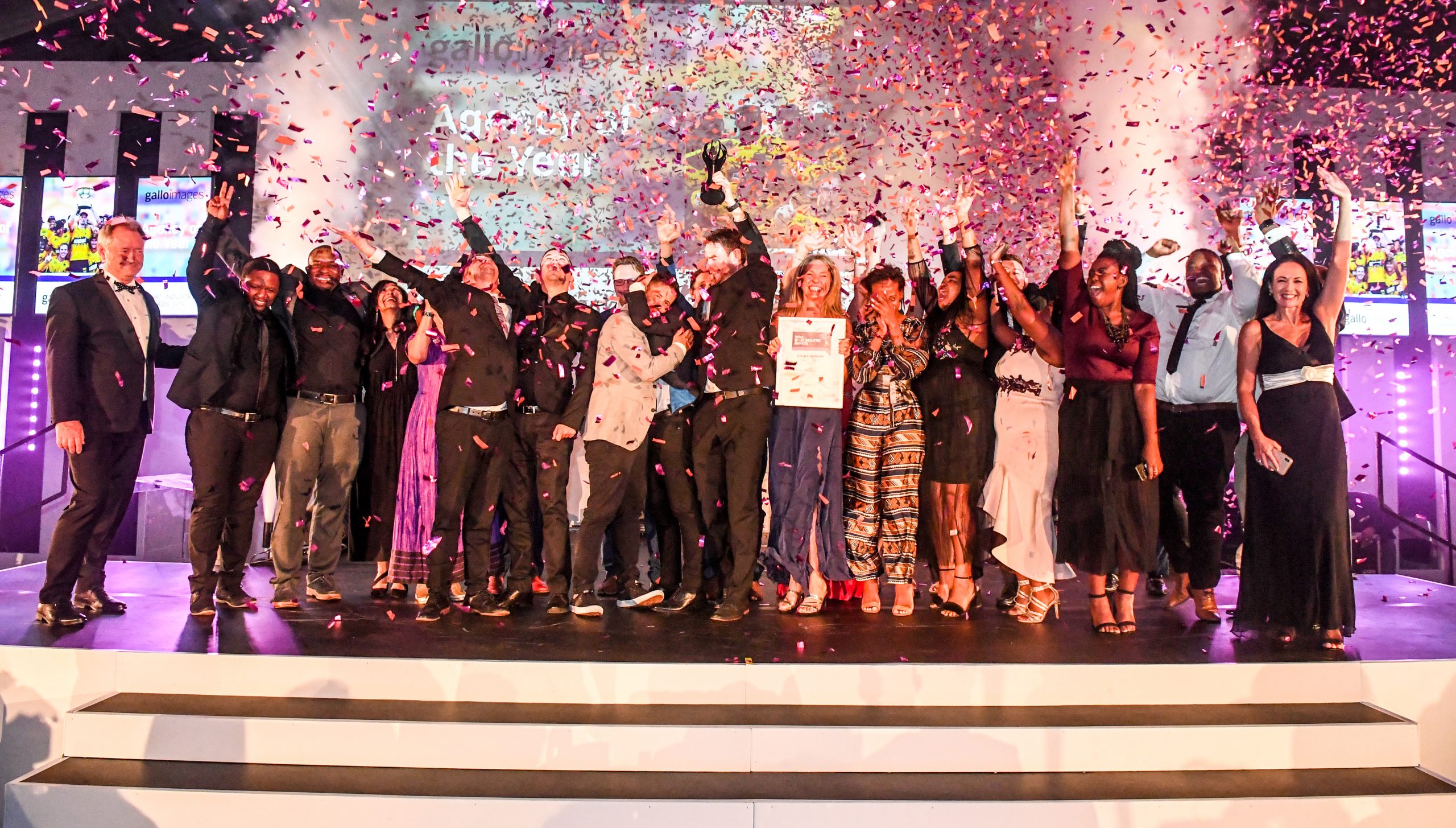 The very best work behind the business of sport which spans marketing, PR, digital, sponsorship, advertising, community investment, social media and branding were awarded at the Hollard Sport Industry Awards, held in Johannesburg on Friday night.

“We are thrilled by the increased number of entries we saw for this year’s awards as well as the caliber of work that has been done. Congratulations to all the winners and thank you to everyone who submitted entries. Without the work that they do, we wouldn’t see the iconic sport moments that have captured our attention as well as the development work that goes into bringing these sporting moments into our homes and common spaces. As an organisation, we find it meaningful to enable better futures through sponsorship of these important awards” says Heidi Brauer, Chief Marketing Officer of Hollard.

Levergy, the Sport and Entertainment arm of M&C Saatchi, took home four awards on the night including the Activation of the Year award for their work on “Nedbank Cup #Teamup4kzn” – an initiative which used the Nedbank Cup to drive awareness and raise funds for relief efforts and cleanup operations after the catastrophic flooding which hit Kwazulu-Natal 3 weeks before the Cup was played. The Levergy team also won Best use of PR (sponsored by Belgotex) for the excellent use of public relations around this same campaign as well as the Hollywood Bets sponsored category of Best Digital Platform for their SuperSport TV Twitter activation. Levergy also walked away with the much-coveted Agency of the Year for 2019, sponsored by Gallo Images.

T&W, winner of Agency of the Year last year, won the FujiFilm Best Audio-Visual content for 2019 for their Orlando Pirates 80 Legends campaign.

Best Sponsorship of a Team or Individual, sponsored by Golf Guys, went to creative sports marketing agency Retroactive for their work for client Biogen and James ‘Hobbo’ Hobson, the journey of a regular South African guy who went from being unfit and weighing 130kgs to completing the Ironman 70.3 in Durban in June. Not surprisingly, Retroactive, which was formed in October 2018 by Bryan Habana, Mike Sharman, Ben Karpinski and Shaka Sisulu also won Young Agency of the Year, sponsored by Modern Athlete.

Other awards on the night included:

Highlights on the night include the awarding of the Leadership in Sports Business award, sponsored by Engen, to Francois Pienaar. Francois, who played for the Springboks from 1993 until 1996 winning 29 international caps while captain, is perhaps best known for leading South Africa to victory in the 1995 Rugby World Cup. In 2003, he founded the Make a Difference (MAD) Leadership Scholarship Programme, to produce the country’s next generation of young leaders.

The Lifetime Achievement Award went to Sue Destombes, who has been the Secretary General at COSAFA (the Council of Southern Africa Football Associations) for the past five years. Sue has a career spanning more than 40 years, primarily in marketing and event management in the soccer industry and was hand-picked by FIFA to act as a mentor in their Female Leadership Development Programme. Sue has worked tirelessly to promote women in football and was instrumental in bringing back the COSAFA Women’s Championship, as well as securing funding for the tournament, despite lack of sponsorship interest.

Personality of the Year, awarded to someone who has had a memorable year in the local sport industry and who has raised the profile of the industry in a manner that demonstrates innovation, leadership and business acumen, was given to Annelee Murray. Annelee has been involved in rugby for the past 20 years, 19 of which as the PR Manager for the Springboks. She is an integral part of the team, having been with them through 225 test matches, 7 coaches and 15 captains and is often referred to as the hardest working Springbok, which is testament to the passion and dedication with which she approaches her life’s work.

The Sports Person’s Lifetime Community Award, sponsored this year by Tshikululu Social Investments, is presented to an individual with a minimum of 20 years of significant philanthropic contribution to community and sports development. This year this prestigious award was awarded to Morne Du Plessis.

A member of the International Rugby Hall of Fame, Morné is the owner and director of Sports Plan. Among its achievements, is the establishment and management of the Sports Science Institute of South Africa with Tim Noakes, and the Bioenergetics of Exercise Research Unit at the University of Cape Town.

The Sport Industry Group, the organiser of these awards in Johannesburg, is represented in South Africa by Creative Space Media and is a networking organisation that sits at the heart of sport. Through editorial content and constant engagement with the industry, the Sport Industry Group looks to celebrate excellence and stimulate conversation, setting the agenda for the world’s most dynamic industry