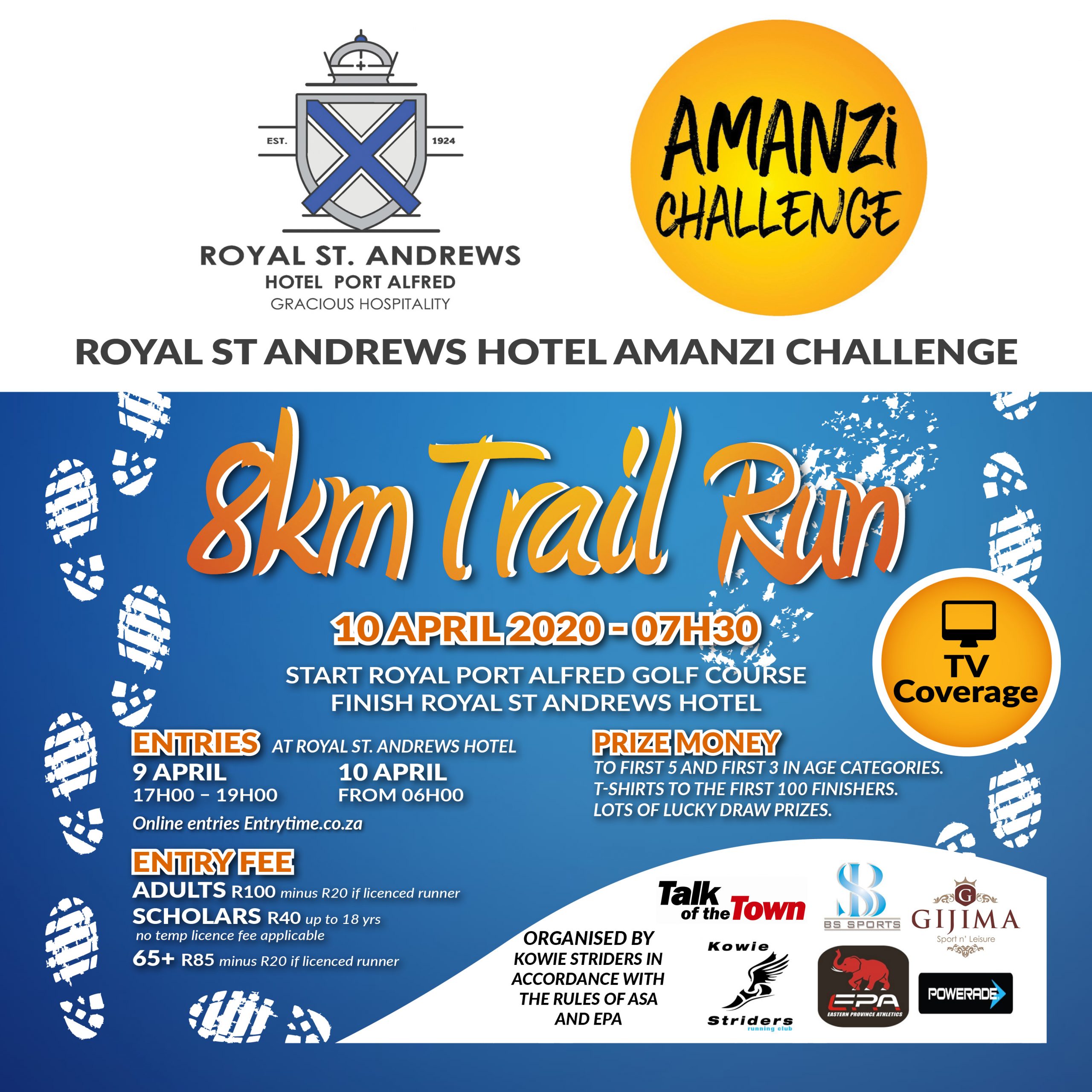 As an event where participants will have the opportunity to take in the beauty of the Sunshine Coast, The Royal St Andrews Hotel Amanzi Challenge will be opened by the annual 8km Trail Run on Friday 10 April 2020 at 07:30am.

The trail run, now in its third year and organised by the Kowie Striders, lives up to the club’s ethos of being a space for the young and the young at heart. Encouraging avid runners, and walkers, the trail is set  along a well-chosen route, starting at the Royal St Andrews Hotel.

The route navigates through the Royal Port Alfred Golf Course, allowing one to soak up the essence of the golf course before heading onto the beach at Saltvlei where one will appreciate our coastline.

Participants will meet the famous Kelly’s Blue Flag Beach, while having the opportunity to see the festivities of the SA Bodyboarding Champs which starts at 07:00am. Runners and walkers will have marshals direct them along a short stretch on the Kowie River towpath, along Beach Road and up the notorious old concrete staircase leading to Grand Street before entering the final stretch on a trail through dune bush behind Medolino Caravan Park.

The most inspiring finish in 2019 was awarded to 81-year-old Glenda Hicks, the oldest entrant who won a prize for her incredible efforts.

The event is organized by the Kowie Striders in Accordance with the Rules of ASA and EPA. Those who would like to enter are encouraged to do so through Entrytime at www.entrytime.com. Entry forms will also be available from mid-March 2020 from Sportsmans Warehouse in East London and Bryan Bands in Port Elizabeth. Online Entries are now open and will close on 07 April 2020.