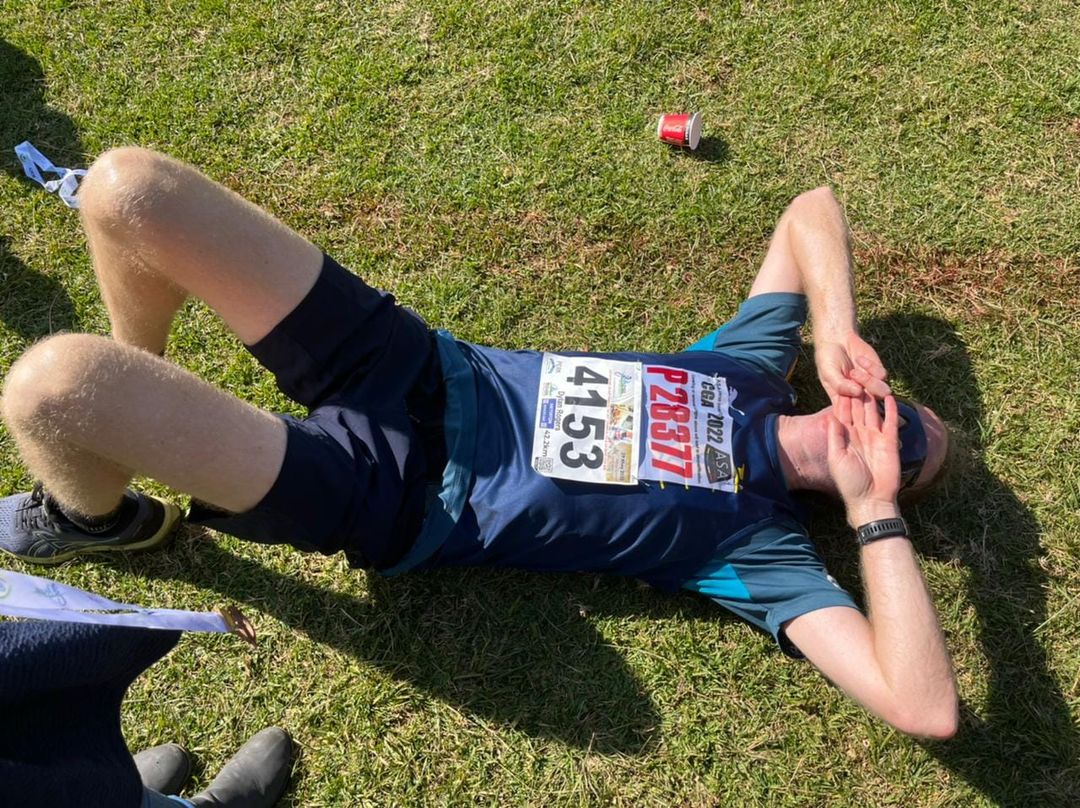 Dylan Rogers is a sports journalist with Johannesburg radio station HOT 102.7FM and part of the Big Joburg Drive Show, which you can catch 3pm to 6pm Monday to Friday on either 102.7FM or streaming on hot1027.co.za. He’ll be running his first Comrades Marathon in August, after accepting a dare from a friend, who has pledged to donate R500 to charity for every kilometre of Comrades that Dylan is able to complete. This is Dylan’s blog of his journey to the Comrades.

A pretty good week or so, with a couple of milestones. Firstly, it doesn’t matter how old you are, getting new shoes is always a little exciting and brings out the child in every one of us. I’m no different, even at the age of 47! Fortunately, some of my running mates told me that I shouldn’t go anywhere but Randburg Runner in Linden, and they were right. Nick at the store clearly ‘knows his onions,’ and I walked away with this pair of Brooks that I hope will get me to the finish line in Durban. More importantly, Nick gave me the sense of comfort that they will.

The next thing, of course, was putting them to the test. I happened to have an eight-kilometre time trial on my programme the following morning, and since I hadn’t done one in a while, I was curious to see what I could produce – with the new shoes, of course, as well. Anyway, I was pretty chuffed with breaking 25 minutes (24:40) for the 5k and 40 minutes (39:18) for the 8k for the first time, so the speed is looking good – it’s just the strength and endurance that needs constant attention between now and the start line.

Speaking of that, I followed that time trial up with a session at iMude Sport and Wellness in Parkmore, where Riaan has been panel-beating me over the past few months and getting my over-rotated pelvis into line, so the legs were a little stiff the day after. I shook that out with an easy run the day after and then a bit of mileage over the weekend – 19km (two hours) on Saturday and 30km (3:20) on Sunday.

There’s no doubt that this Comrades training thing is a big commitment, and not just from the runner’s perspective. My wife has had to shoulder the bulk of the responsibility with the kids whilst I’ve been out on the weekends, clocking up the hours and miles, and it hasn’t gone unnoticed. Still, I’ve tried to fit in the weekend runs around my family, so there I was, running to the Country Club to meet them on the Saturday, and then running to my in-laws’ place at Blair Atholl, just past Lanseria Airport, on the Sunday – the latter requiring my wife dropping me at the bottom of Peter Place in Bryanston and seeing me nearly three-and-a-half hours later, once I’d navigated William Nicol, Fourways, Malibongwe etc!

The Epsom Salts bath after that was a bit of a treat. Was also good to do a couple of ‘warm’ runs, as this winter training thing largely sees me out early, in the Jo’burg cold, which is not how I’m going to be spending my 28 August. I suspect it’ll be a bit warmer than that! Anyway, more mileage again this week, before the big RAC Long Run on 24 July. Eek!