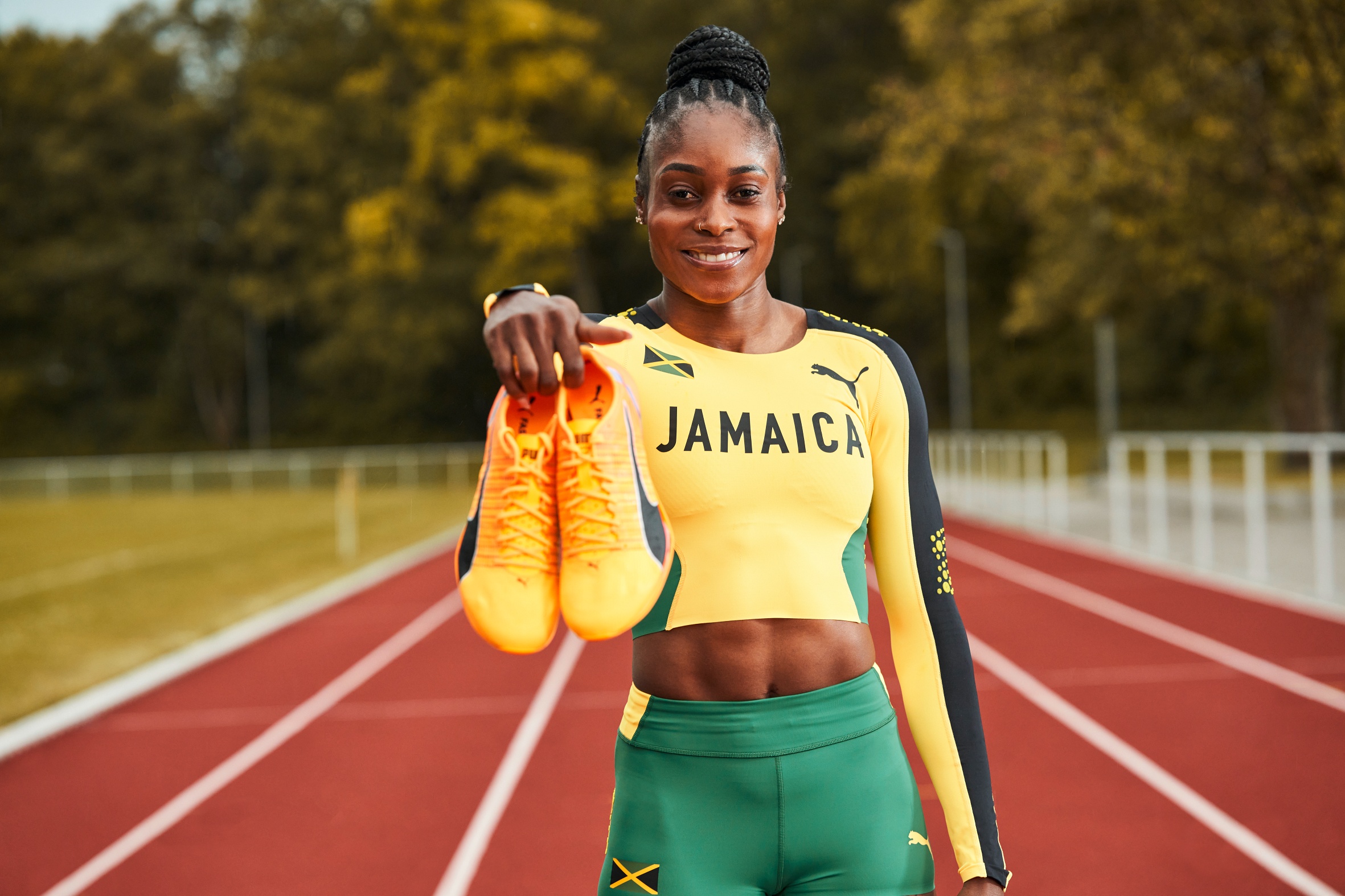 Last year Thompson-Herah became the first woman in history to win the “sprint double” at consecutive Olympics, having taken gold in both the 100-metre and 200-metre sprints at the 2016 Rio Olympics, and then doing it again at the delayed 2020 Tokyo Olympics. Apart from her historic Olympic achievements, Thompson-Herah became the fastest woman alive when she ran 10.54 seconds at the Prefontaine Classic in Eugene in 2021. That is the closest any woman has yet come to beating the long-standing (but disputed) World Record 10.49 Set by Florence Griffith-Joyner in 1988.

“We are thrilled that Elaine has chosen to join the PUMA family,” says PUMA CEO Bjørn Gulden. “With her speed, she embodies everything we stand for as a brand. Elaine ran the second-fastest time in women’s history last year and is only 0.05 seconds off a World Record. She is really targeting that World Record, and we want to help her achieve that goal with our most innovative performance products.”

PUMA has a long and rich history in track & field, and has sponsored the Jamaica Athletics Administrative Association since 2002. Thompson-Herah now joins her Jamaican compatriot, sprint superhero, World Record-holder and multiple Olympic gold medallist Usain Bolt as part of the PUMA family. “PUMA just felt like the right fit, a company that has been working with the World’s Fastest Man for decades,” says Thompson-Herah. “I’m excited to be part of such an elite group, and I really want to break the 100-metre World Record. The current one has been undefeated for 34 years. Now is the time. I think there’s still a lot I can unleash.”

Ed’s Note: At the time of writing, Elaine Thompson-Herah had finished third in the women’s 100m final at the 2022 World Champs, the third-placed Jamaican in another cleansweep of the sprint podium by her country on the world stage. She had also cruised through the first round of qualifying heats in the women’s 200m event, with the semi-final round scheduled during the evening session on Tuesday 19 July and the final on the evening of Thursday 21 July.