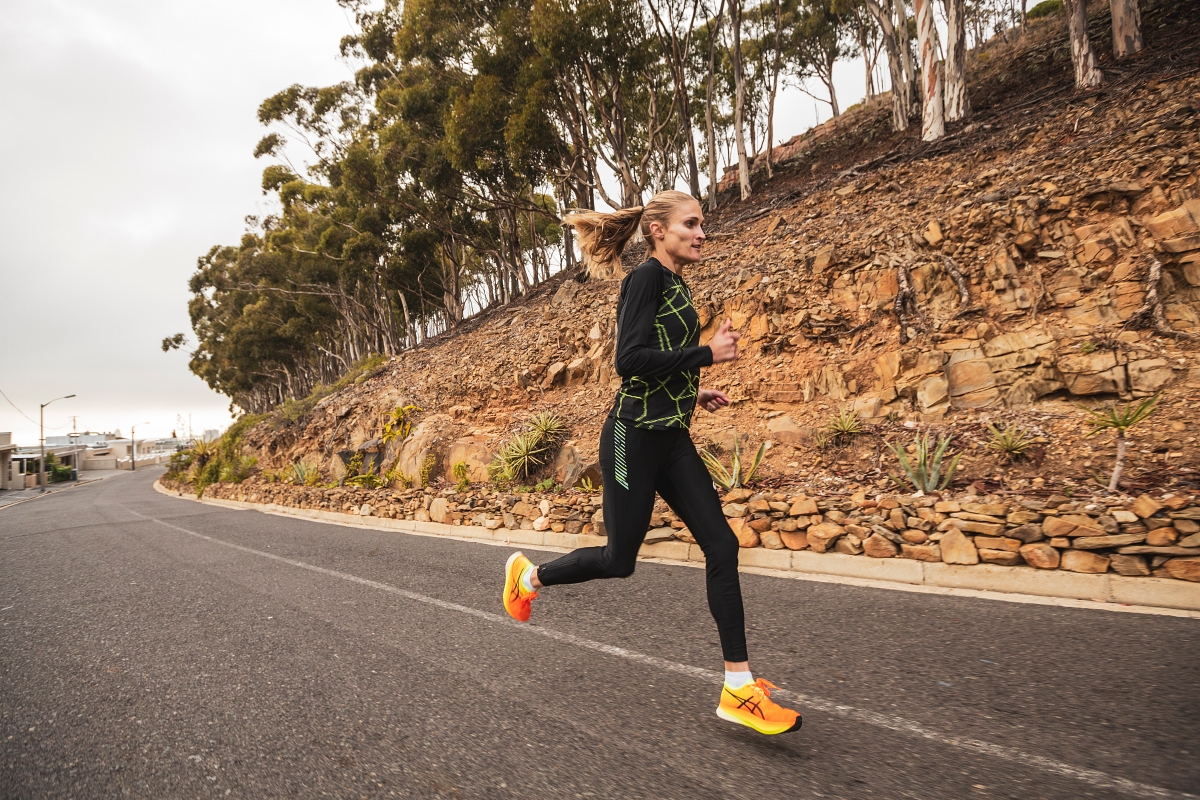 ASICS is proud to announce the signing of Irvette van Zyl. Van Zyl is a long-distance runner with multiple South African titles and is the current women’s 50km ultramarathon world record holder. The Pretoria-based runner strengthens ASICS South Africa’s road-running athlete portfolio into 2022 and beyond.

“It is very special for me having a brand like ASICS – that has over 73 years of high-performance brand heritage – believing in me backing my dreams and goals,” said Irvette.

According to Irvette, aside from the performance aspect of the brand, she is a big believer in the importance of sport for mental wellbeing. “So ASICS’s ‘sound mind, sound body’ philosophy really resonates with me. When I go for a run in my ASICS, my mind and body are in sync, and it just sets the tone for my day,” she said.

Irvette made her marathon debut at the 2012 London Marathon, after which she turned her attention to shorter races on SA soil. Not long after, she began focusing on marathons and ultramarathons. She ran her best time of 2:28:40 at the 2021 Xiamen Tuscany Camp Elite Marathon in Siena, Italy. In May 2021, she broke the world record for the women’s 50km in a time of 3:04:23, bettering the previous record by almost three minutes.

Irvette races in the METASPEED™ Sky, a shoe developed at the ASICS Institute of Sport Science in Kobe, Japan, after utilizing the data accumulated from its athletes over the past year. Stride-style runners such as Irvetter take a longer stride once they increase their speed, but their cadence primarily remains consistent. Thanks to an energetic midsole foam and a propulsive carbon plate, Irvette will be able to conserve more energy while maintaining her pace at the later stages of the race.​

“The METASPEED™ Sky is an amazingly speedy shoe to race and train in,” she said, explaining how her focus for the rest of the 2022 season is on bettering her 10K and half-marathon times, distances in which she has won SA national titles in the past. “Then, towards the end of the year, I will be looking to do a quick marathon, so hopefully, all the speed work on the shorter distances will go a long way to increase my speed,” she concluded.

Modern Athlete will be meeting with Irvette next week to discuss the move to ASICS and what this means for her career going forward. To be the first to hear all the news make sure to follow us on Facebook.