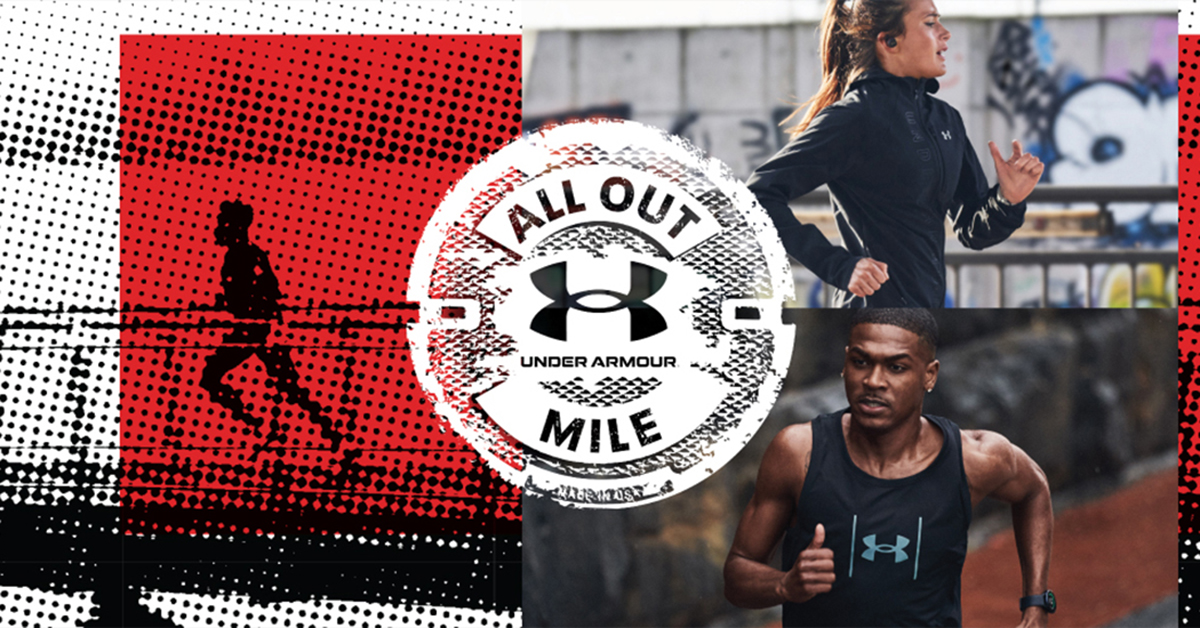 No running distance or field event has the historic and enduring appeal as the Mile. The Mile, much like the 100 meters and the marathon is still widely considered as one of the most iconic distances and the pinnacle of athletic excellence.

The first sub-4-minute mile was smashed in 1954 by Roger Bannister. His time of 3:59.4 has since been broken by over 1400 athletes worldwide.

Two unmatched records stand today in the ladies and men’s categories. The men’s world record stands at 3:43.13, set by Hicham El Guerrouj of Morocco in 1999 while the women’s record sits at 4:12.33 held by Olympic sensation Sifan Hassan, set in July 2019.

However, the mile isn’t only for a considered ‘pro’ or Olympic athlete, it’s the ideal fitness distance for runners looking to test their speed endurance and pace up their tempo, regardless of age or ability.

With the continued popularity of the distance, Under Armour recently announced the launch of its popular Global Under Armour All Out Mile Campaign in SA.

UA will be challenging pro and novice runners across SA to go all out for 30 days to break their personal record over 1600m and benchmark themselves against competitors from around the world and at the same time stand a chance to win a host of exciting prizes.

“We are thrilled to be bringing this fierce campaign to South Africa. SA plays host to some of the most popular running events in the world and we have an ardent running community here. The Under Armour ‘All Out Mile’ has been created to challenge runners and encourage them to reach their best. We are excited to see it all unfold over the next few weeks” says Lorrianne Cloete Head of Marketing, at Under Armour SA.

Training with the fast tempo of the mile is a great benefit to all distance runners. If you’ve never tried it before, this is a great opportunity to follow the challenge and surprise yourself with your abilities to improve from your initial benchmark time in Aug to your fastest All Out Mile attempt in Oct. The tech is all simple and free to use from UA. The hard part is the fun part, giving your everything over 1.6km.

First things first, you start by registering for the challenge, by clicking the image on the right or the “Register Now” button below! 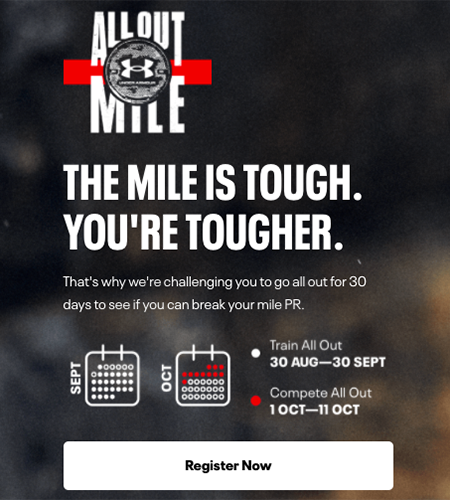 Then, automatically track all of your runs by linking your UA MapMyRun™ account on FitRankings. If you don’t have the UA MapMyRun™ it can be downloaded by simply scanning the QR code below! You can link your app to Garmin, Suunto, and Apple.

Set your benchmark mile and train from AUGUST 30 TO SEPTEMBER 30. Take advantage of the weekly training plans and video tips directly from UA’s professional athletes, coaches and Human Performance experts. 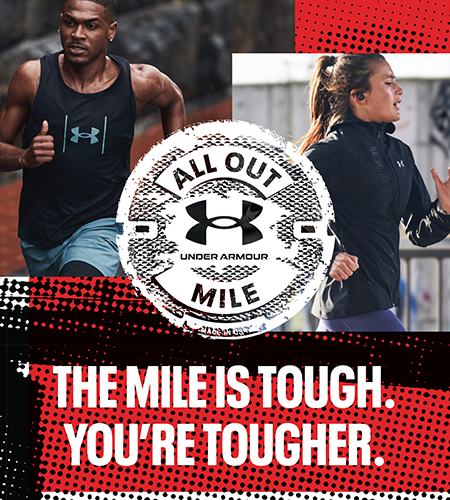 Everything you need is in the UA MapMyRun™ app, see below what you can look forward to!

During the UA All Out Mile competition period, go all out and crush your PR from October 1 through October 11.

After completing your UA All Out Mile (you can try more than once), your results will automatically be pulled from UA MapMyRun™ and appear on the FitRankings leader board.

See how you stack up versus runners from around the world. 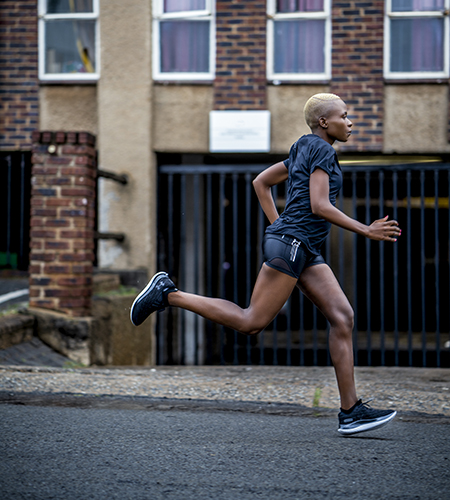 What’s great about bagging your Mile results is that you can compare with your running buddies and everyone else all over the world.  And because we are all about rewarding you, we are offering local SA prizes exclusive to Modern Athlete!

Every week we will be drawing one lucky winner that will win a pair of Connected Under Armour running shoes valued at R3500!

Adding to that one lucky runner that enters the All Out Mile Challenge before the 31st of September will win a full kit experience, Under Armour will kit out the winning runner from head to toe in everything you need to smash that mile!

One thought on “The Magic of the Enduring Mile”