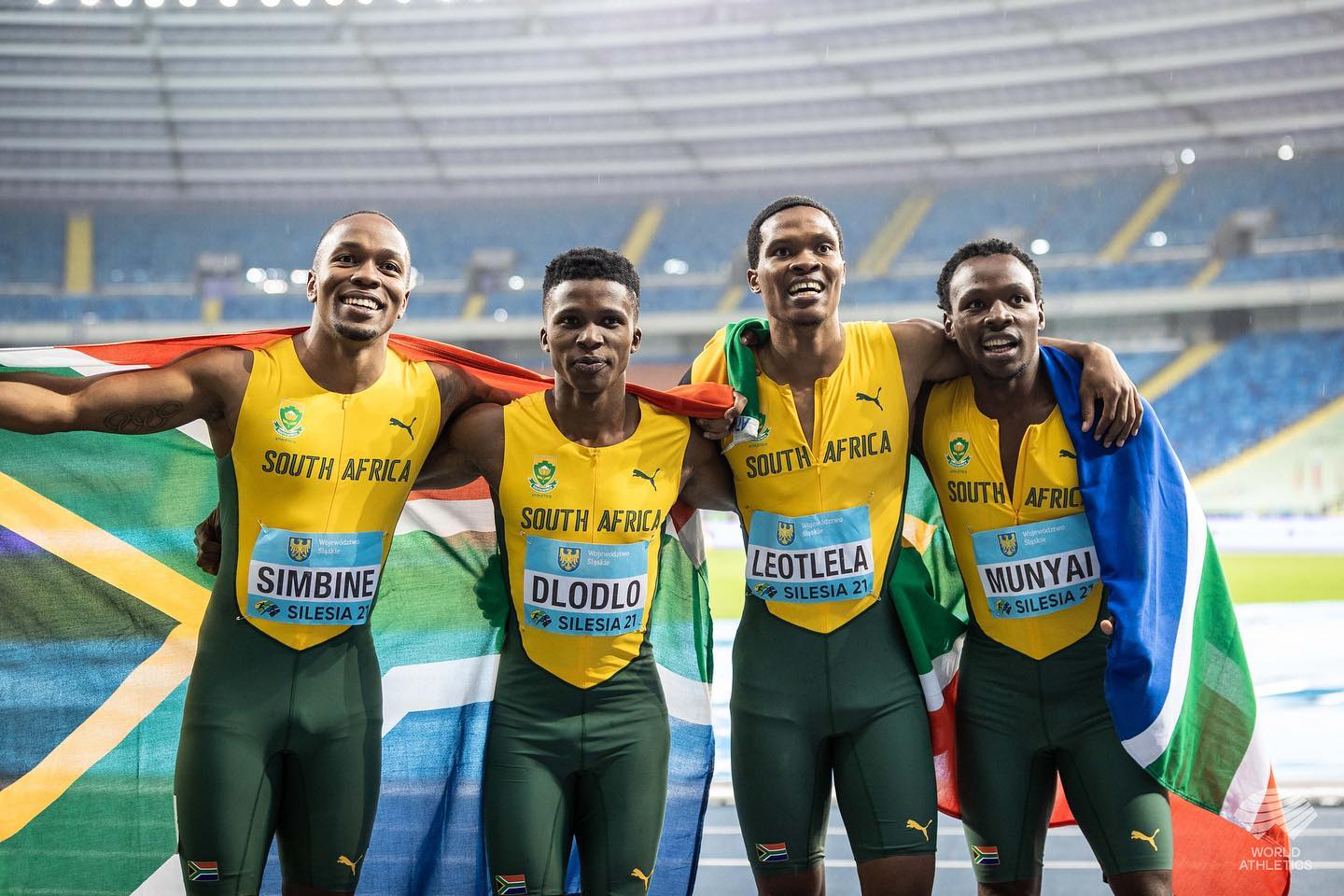 The South African men’s 4x100m relay team dared to dream full well, knowing they will face obstacles, make mistakes and be criticised, but in the end, trust trumps all. That is why they are world champions.

On Sunday the 2nd of May, 2021, Thando Dlodlo, Gift Leotlela, Clarence Munyai and Akani Simbine won the gold medal at the World Relay Championships in Poland. The heroics can be described with one word. Guts! Simbine’s run over the last 100 metres coming from behind to pip Brazil’s Paulo de Oliveira on the finish line gave new meaning to making every centimetre count.

The Tuks based Leotlela attributed their heroics to hard work, belief, confidence and trust. “If a team has got that, there are no limits. Throughout the championships, the weather was atrocious. During our final, the temperature was 7 degrees. It drizzled as well. But we knew the weather is as it is. There is nothing we can do about it. All we had to do is trust each other. I think that is what got us through the race. The speed was there. Our challenge was to pass the baton without making mistakes.”

An ecstatic Simbine described it as doing the “job”. “We came to Poland with the idea to win a medal. And we did.” As to his duel over the last 100 metres, Simbine said, “I knew it was going to be tough. The thing I had going for me was being confident. I knew I could catch up.”

The Tuks based South African 100 metres champion certainly did not lack motivation. During Saturday’s heats, Italy’s Filippo Tortu outsprinted Simbine. He did not take too kindly to it as he was not racing to finish second. Especially when he represents his country. He vowed it was not going to happen again. Simbine’s split in yesterday’s final was 9.08s.

According to the Tuks based Dlodlo, he can become used to the idea of being part of a world champions team. “I won’t mind if we can do so at every championship. But we also need to be realistic. Our race was far from perfect. There are things we need to improve on.”

It is the first time the South African 4x100m men’s relay team medalled at the World Relays. Morné Nagel, Corné du Plessis, Lee-Roy Newton and Matthew Quinn did get gold during the 2001 World Championships in Edmonton, Canada, but only after the USA got disqualified. Tim Montgomery tested positive for a banned substance.

Unfortunately, according to Quinn, their heroics did not ignite a relay culture in South Africa. “We now have that. It is because of Paul Gorries (national relay coach)’s passion. He is building a great culture. The athletes have bought into his vision. “Last night’s win was incredible for the team. It was about creating that winning culture. It is essential going into the Tokyo Games.”

Quinn does not doubt the team will continue to be a force in world relays. “At the moment, I think only Akani and Gift are in shape. Clarence has just recovered from an injury. Luxolo Adams and Henricho Bruintjies are injured. Emile Erasmus has yet to reach his best form, as has Thando. The competition for places is going to bring out the best in our athletes.”

Watch how the team raced to victory below, courtesy of the World Athletics YouTube Channel