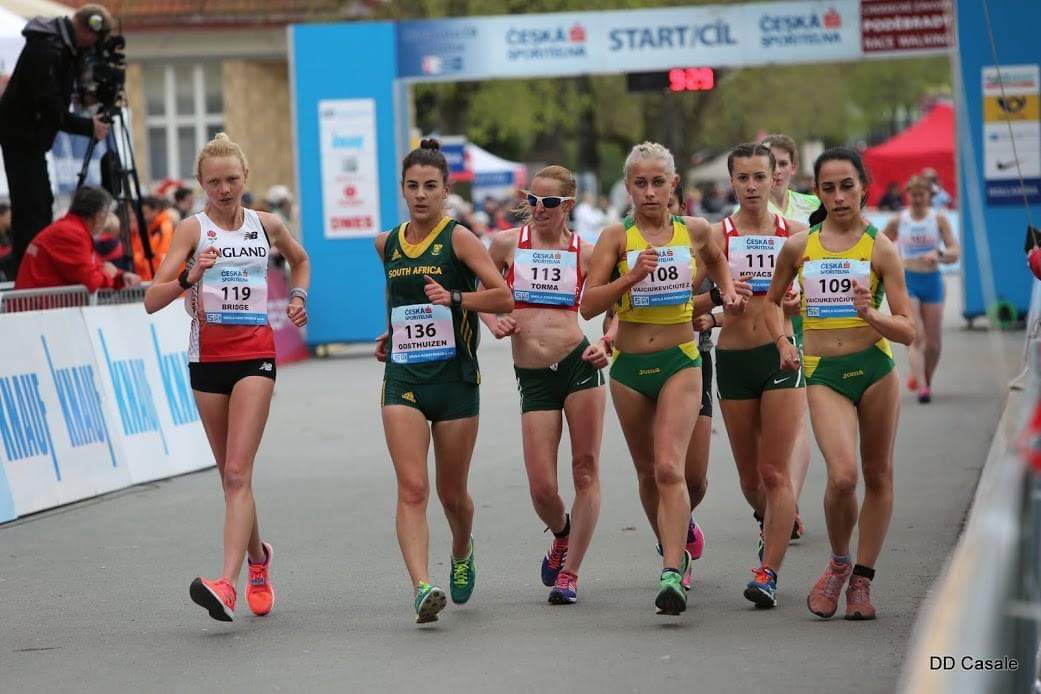 Of all the books in the world, the best stories are held in the pages of a passport. Having visited 17 countries so far in her race walking career, race walker Anel Oosthuizen has been blessed to see and experience quite a few of the amazing sites and cultures of our world.

Travelling is one of my favourite things to do, and although I prefer doing it by going on holiday with the people in my life that I love, all of my overseas travelling was thanks to sport. Every single one of those 17 countries I visited was because of race walking, so I think you will understand why I speak about my gratitude for my walking talent, because it has taken me all over the world to experience things that I would probably never have experienced otherwise.

Now we all know that sitting on a plane for 18 hours is by no means all glitz and glamour, and recovering from (or worse, training with) jetlag even less so, but I have made so many incredible memories on my travels that will stay with me for my lifetime! I’d like to share a few of my favourites destinations with you, because each one of these places has special memories for me, and has been part of making me the athlete I am today.

Eugene, Oregon, USA: My first Junior World Champs and the first country visited outside of Africa. I was really young and inexperienced, and I still remember how nervous I was when we got there… and jetlagged! Seeing so many elite athletes on a world class track blew my mind completely, and it was then that I realised that hard work can really get you places. That was also when I decided to fully commit to qualifying for the Rio 2016 Olympics.

Rome, Italy: It was the last race I competed in before the 2016 Olympics in Rio, probably the most jet-lagged I have ever been, but the best experience of a new country, as I had family members flying over from London to come and support me. Having that kind of support at a race is unforgettable, especially when you are in an environment that you don’t know.

Taipei, Taiwan: I went there, with one of my best friends, to compete at my first World Student Games. It was such a different experience to what I am used to, as I got some time to actually explore the city and use their public transport, etc. I also had probably one of my hottest races ever, with the temperature clocking in at a boiling 41 degrees Celsius at around 8 o’clock in the morning! (In Rio it reached 44 degrees.) That is when you come back to your own country and really appreciate our more bearable, ‘cooler’ summers!

Banska Bystrica, Slovakia: This country feels like a second home to me now, as it has been my base for preparation in the European season for the last two years. Both times I made it my home for a month at a time, and learnt so much about their food and culture. It has also been the place where I have gotten mentally stronger, thanks to training with 50km World Champ and Olympic Champion Matej Toth and his training group. Having them as a support group after travelling there alone has been one of the things I have appreciated most while training there.

Lugano, Switzerland: This is the most beautiful race I have ever done. The 2km loop for the 20km is located on the banks of Lake Lugano, which is absolutely breathtaking, and the city is like something I have only seen in movies. Being a more expensive country to visit, I enjoyed seeing the difference and contrast between the places I have been to.

Podebrady, Czech Republic: My favourite memory of a race thus far, twice taking part in the European Championships 20km. This is where I set my SA Record, and then broke it again by a millisecond, and this was also where I walked my Olympic qualifier for Rio 2016.

In visiting these countries, I’ve learnt a few things that have been useful throughout my travels and walking career.

About the Author: Race Walker Anel Oosthuizen is a multiple SA Champion and Record Holder, and represented SA in the women’s 20km at the 2016 Rio Olympics.