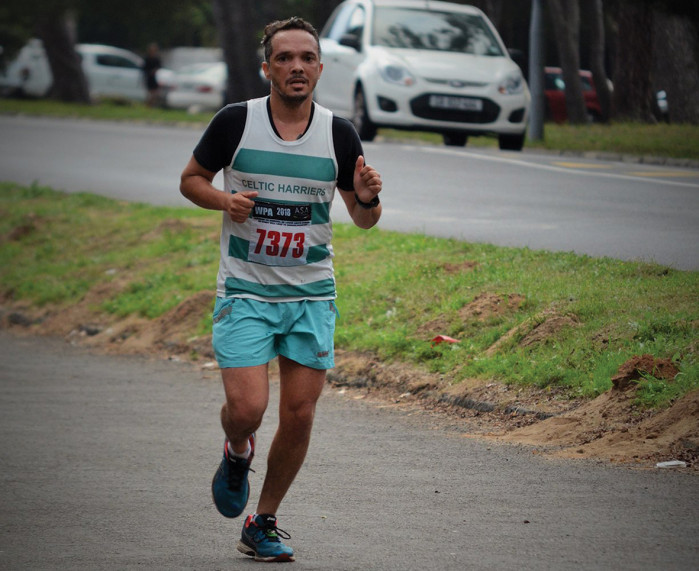 The marathon is a challenge, a huge physical hurdle to get over, no matter who you are or what your level of running ability, but it seems not everybody gets that… Some ‘experts’ think you need to run fast times if you want to call yourself a marathoner. I think they’re missing the point. – BY WESLEY GABRIELS

As I enter the week leading up to my Comrades Marathon qualifier, I have had to listen to yet another version of a babbling buffoon’s rendition of the “mediocrity of the modern marathon runner,” written and composed by a critically acclaimed author of ‘’you shouldn’t get a medal for just finishing.’’ It’s okay… I don’t expect you to get it. After all, the beauty of marathon running lies in the triumph of the human spirit. As a species, there is an inherent beauty in our failings… but you may have missed that.

Cases in Point
Winelands Marathon 2015… a young man finished his first marathon in a time of 4:38. Nothing remarkable there, right, except that he had only started running six weeks earlier, just two weeks after fighting for his life in a hospital bed. He would go on to do the Two Oceans and Comrades ultra-marathons six months later.

Comrades Marathon 2016… a young lady found herself in trouble and unable to continue when a fellow runner pulled up alongside to support her and help her get to the finish. As they approached the finish line with seconds to go before cut-off, he noticed another runner unable to get to the finish line, so he told her to continue without him, so that he could go help the runner behind them. That gentleman sacrificed his race to help two complete strangers, and when the gun sounded for the final cut-off, he and his fallen comrade were mere metres short of the finish line.

Getting back to the acclaimed author, by your standards that helpful runner had achieved nothing, but to two complete strangers he was the proverbial angel… and they would all return the following year to finish the race together. Again, probably not that remarkable to you, is it?

I could also mention Peter Taylor, who runs all his marathons and ultras barefoot in order to raise funds for guide dogs, or amputee Xolani Luvuno, who completed last year’s 91km Comrades Marathon on crutches and in a time that made it look like I was standing still… but that won’t matter to you, because if you don’t get it by now, then you never will.

A Very Select Club
There is no such thing as a mediocre marathon runner. Marathon running is a discipline that only 1% of the world’s population is capable of doing, and it requires an unnatural skill-set. Furthermore, it doesn’t matter whether you run it in three hours or seven hours, at some point your body will tell you that you can’t take another step… but you will your very soul to keep putting one foot in front of the other until it’s done, and somehow you keep moving forward!

The marathon distance is such an enigma that the only thing guaranteed is the pain, so we train ourselves to not only be comfortable with the discomfort, but the pain actually fuels us. We go willingly into the darkness to face the monster, and then we take its damn soul!

In a country desperate to conquer racial and economic divides, marathon race day erases these lines effortlessly at the sound of the starter’s gun, albeit just for a few hours, but that mutual struggle of the marathon distance puts us all on truly equal footing.

The Real Deal
I can only pray that you are one day lucky enough to experience what it’s like to experience a marathon the way we do, mr acclaimed author, and I can only hope that the experience teaches you a touch of humility, as it has done for the rest of us. It may even change your life.

I am privileged to be able to call myself a marathon runner, and I have the world of respect for anyone who attempts it, no matter what their finishing time is, or even if they miss the final cut-off. I have been lucky enough to have been part of both the front and back of the pack on marathon day, so I’ve seen both worlds, but as the saying goes, a marathon is like a mullet hairstyle… the party is in the back!

About the Author
Wesley is a Cape Town-based ultra-marathon runner and member of Celtic Harriers, who also plays and coaches cricket.