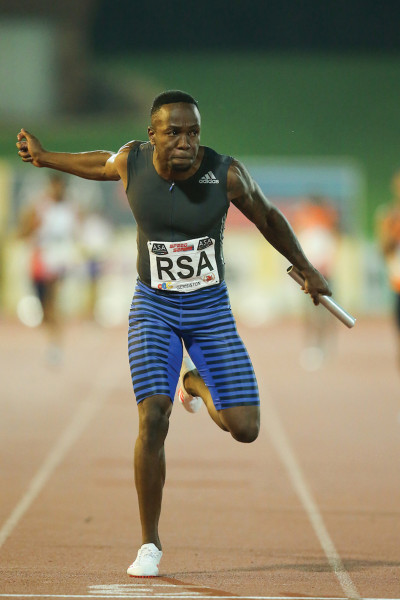 2018 will go down as a stellar year for South African track and field with numerous new records being set, Africa and Commonwealth titles in the Senior ranks, and three World Champions amongst the Juniors. – BY MANFRED SEIDLER

The year got off to a bang with the introduction of the new Liquid Telecom Athletix Grand Prix Series in March, the first time an international series was held on SA soil since 2003, featuring three meetings in Roodepoort, Pretoria and Paarl, with sell-out events at Tukkies and Paarl. The series saw the likes of World Champion Justin Gatlin come to race – and get beaten – in the seldom-run 150m event. Caster Semenya gave notice to the world that 2018 was going to be the year of records when she broke Ilse De Kock Wicksell’s long-standing women’s SA 1000m record in Pretoria. She would go on to break that record again later in the year.

Next up was the Commonwealth Games in April, in Brisbane, Australia, where South Africa won 12 medals, five of which were gold, with an additional four silver and three bronze medals also coming back to SA. Amongst the golds, two went to the incredible Caster (1500m/800m), while Akani Simbine won his first international title in the men’s 100m, and Luvo Manyonga added to his already impressive global medal haul by winning the men’s long jump.

Come June and it was time for the Juniors to shine at the World Under-20 Championships in Tampere, Finland. Zeney van der Walt, Sokwanana Zazini and Kyle Blignaut came away with gold medals, in the women’s and men’s 400m hurdles and shot put respectively, while Breyton Poole added a bronze in the men’s high jump. Zeney and Soks would finish the season in the number two and number one spots respectively on the World Junior rankings.

African Heroes
August saw our athletes head to Asaba in Nigeria for the African Championships – held under challenging conditions, to say the least. Team SA finished second on the medals table behind Kenya, even though South Africa had the most medals overall (30), but they were two shy of Kenya in the gold medal department. Caster continued her rampage of fast times and gold medals, winning the 400m and 800m, the former in a new SA Record of 49.96 to smash Heide Seyerling’s 18-year-old record of 50.05, set in Sydney in 2000. (However, the IAAF does not recognize this new record).

Akani won his second major international title by taking the 100m, and the men’s 4x100m relay team was too good for the rest of Africa for yet another sprint gold. While Antonio Alkana defended his men’s 110m hurdles title, Ruswahl Samaai upset Luvo Manyonga to retain his Africa title in the men’s long jump, edging his compatriot by 2cm. Kyle added the men’s shot put title to his World Under-20 title, and Victor Hogan won gold in the men’s discus.

The gold medal winners from Africa Champs then represented Africa at the Intercontinental Cup in Ostrava, Czech Republic, with Akani claiming the bronze medal in the 100m and Ruswahl taking gold in the long jump. Caster won silver in the women’s 400m, setting another SA Record of 49.62 in the process (this one is recognised by the IAAF), then took the gold in the women’s 800m, and a silver medal in the mixed 4x400m relay capped an incredible year for her in SA colours.

Diamonds Retained
No surprise then that Caster claimed the women’s Diamond League series title in the 800m, and Luvo made it a SA double by claiming the men’s long jump series title. Caster was undefeated in the two-lap event, posting the four fastest times in the year, and her 1:54.25 in Paris in June also broke her own SA Record. This was her third consecutive Diamond League title in the 800m event. Luvo won six of the seven Diamond League long jump competitions, including the final, to retain his title. The only blemish on his record this season was a third place finish in Stockholm.

Looking Ahead, our athletes are now taking a well-deserved off-season break, with the provisional dates for the 2019 season due to kick off with the four new Summer Series meetings in March, followed by three Grand Prix meetings in April and then the SA Junior and Senior Champs later in April. The Diamond League starts in May, and the 2019 IAAF World Champs will take place in October in Doha, Qatar.