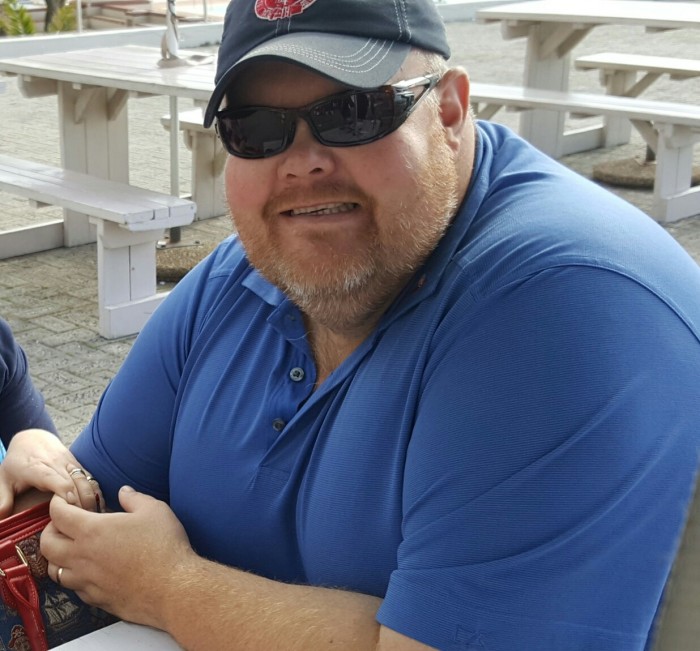 You can’t lose 100 kilograms if you don’t start by losing one… that’s the mantra that 46-year-old Capetonian HR and Training consultant Carl Potgieter adopted in September 2016 when he decided it was time to lose some weight. And then he started walking. – BY SEAN FALCONER

Even though his blood pressure, sugar levels and cholesterol were all still OK, Carl knew he couldn’t carry on like that much longer. “I weighed in at 240 kilograms, and while everything was still working, except for my knees being a bit tender, the doctors were warning me it was likely to go pear-shaped sooner or later. Then again, you tend to avoid doctors when you’re that weight…”

That saw Carl set himself the challenge of losing 100kg, which he openly admits looked insurmountable at first. “When you weigh 240kg, you need to lose 40kg before anybody even notices! But no challenge is ever achieved by starting tomorrow; you need to get out there today, and see it through,” he says. “I posted nothing on social media until I had lost 80kg, and when I got to 100kg lost, I added #halfthesizetwicetheman, in reference to my new goal of getting from 240kg to 120kg – I last weighed that during National Service! Some people say that last 20kg is going to be really hard, but I don’t think so, because exercising is now easier, and if I get to 120, I might go still further.”

Walking it Off
Carl says the biggest factor in his massive weight-loss has been walking. “I live 500 metres from a shopping centre, but I used to drive there if we needed bread and milk. Now I walk. Similarly, the school is just 500m in the other direction, and if I have a meeting there, I walk instead of driving. I initially set myself a goal of walking 3000 steps a day, but now I’m on 9000 steps a day.”

“These days I walk four nights a week, doing 6km quite comfortably, and where my goal used to be to break nine minutes a kay, it became 8:45, and is now 8:30. I’ve been asked if I will take up running, and quite honestly, I can see myself running in the future. I’m not going to run a marathon with my knees, but I love the parkrun concept. A mate of mine is a trail runner and has been trying to get me running, while another mate from school days has also lost a lot of weight and is a regular parkrunner, so I definitely want to get into that.”

Of course, Carl also had to make major changes to his diet, which required huge self-discipline. “Every time you drive past restaurants and fast-food joints, you have to remind yourself of your goal, and I haven’t had a double chilly-cheese burger in 14 months! People think I am banting, because I am following similar principles, but the biggest thing is eating less, eating better, and walking more. I don’t eat when I’m not hungry, I stop when I am full, I don’t just automatically go for seconds, and another trick is to dish up on a side plate.”

The Real Inspiration
When told that his story is inspirational, Carl is quick to say that the real inspiration in his family is his wife, Lesley. “She was born with cerebral palsy, so she has no vision on the right and limited control of her right leg and arm. She was bullied in high school because she couldn’t do normal things, but she never let that stop her, and after school she qualified as a primary school teacher.”

“We married in 1999 and had two boys, Josh and Adam, but in 2009 she had a stroke, which impacted her left side, making it super-sensitive to touch, smell or taste. And in spite of that, she started a cerebral palsy awareness programme, works for reading enrichment projects in Gugulethu and Mitchells Plein, and also does reading enrichment for deaf kids. I drive her where she needs to go, and the boys often go with as well. She is simply unbelievable, and my goal now is to find a parkrun route that is wheelchair-friendly, so that I can take her with me when I walk.”

Meanwhile, he is using his weight-loss for good, in conjunction with his passion for golf. “In December, Four of us from the Nomads Golf Club will do the ‘15 Rounds on 15 Courses in 5 Days Challenge,’ to raise funds for CHOC. We’ll play three rounds on three different courses each day, and we have to walk 36 holes, and con only drive 18. It’ll be a form of speed golf, and we’ll have to push the pace, starting at 5:30am and finishing around 7:30pm – at 240kg that would never have been an option for me! But one thing I’ve learnt on this journey is that everyone faces challenges, not just me with my weight, and that helps me get out there and persevere.”